The term overloaded is referred to the circuit or devices. The circuit is said to have overloaded when more than the desirable load is applied to the circuit. The overload occurs because of the malfunctioning of the equipment or faulty circuits. Whereas the short-circuit condition occurs when the metal wires come in contact with each other or because of insulation failures. The resistance of the devices during the short circuit becomes zero due to which the heavy current flow through the network. 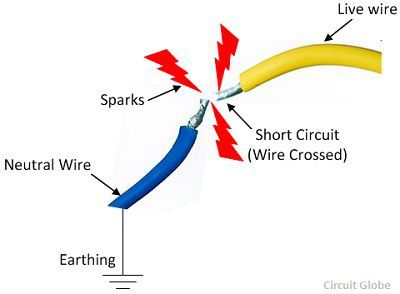 The magnitude of the short-circuit current becomes thousands time larger than the normal current. During the short circuit, the voltage at the fault point diminishes to zero and high magnitude current flow through the network. The short circuit has various harmful effects on the power system. They are

The overload means more than the desires load imposed on the power system network. The voltage at the overloads become diminished to a very low value, but it cannot be zero. The current in the overloaded condition is high but considerably lower than the short circuit current. The overloaded increase the temperature regarding joules, which causes burns and hence damage the electrical equipment. 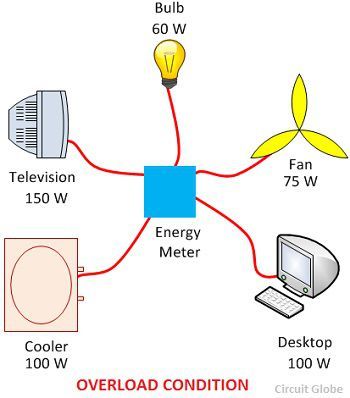 The overloaded condition damage the equipment of the power system. For example – Consider the inverter has a rating of 400 watts, and if the load of 800 watts is connected across it, then this will cause an overload.