Synchronous Machine constitutes of both synchronous motors as well as synchronous generators. An AC system has some advantages over a DC system. Therefore, the AC system is exclusively used for the generation, transmission, and distribution of electric power. The machine which converts mechanical power into AC electrical power is called a Synchronous Generator or Alternator. However, if the same machine can be operated as a motor is known as Synchronous Motor.

Synchronous machine is an AC machine whose satisfactory operation depends upon the maintenance of the following relationship.

When connected to an electric power system, a synchronous machine always maintains the above relationship shown in equation (1).

If the synchronous machine working as a motor fails to maintain the average speed (Ns) the machine will not develop sufficient torque to maintain its rotation and will stop. Then the motor is said to be Pulled Out of Step.

In case, when the synchronous machine is operating as a generator, it has to run at a fixed speed called Synchronous speed to generate the power at a particular frequency. As all the appliances or machines are designed to operate at this frequency. In some countries, the value of the frequency is 50 hertz.

A synchronous machine is just an electromechanical transducer that converts mechanical energy into electrical energy or vice versa. The fundamental phenomenon or law which makes these conversions possible is known as the Law of Electromagnetic Induction and Law of interaction.

The detailed description is explained below.

This law is also called Faraday’s First Law of Electromagnetic Induction. This law relates to the production of emf, i.e.; emf is induced in a conductor whenever it cuts across the magnetic field as shown below: 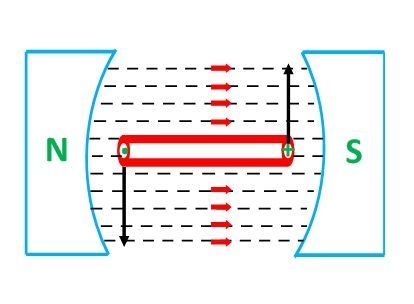 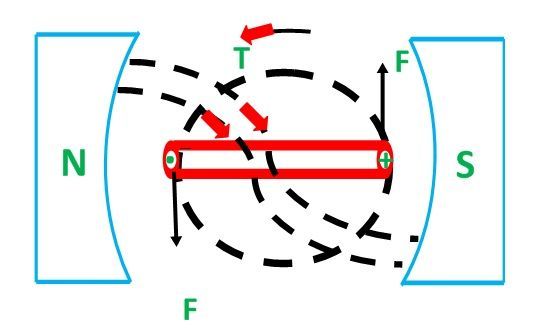