Mostly, the galvanised iron is used for the earthing. The earthing provides the simple path to the leakage current. The shortcircuit current of the equipment passes to the earth which has zero potential. Thus, protects the system and equipment from damage.

The earthing is essential because of the following reasons

Earthing can be done by electrically connecting the respective parts in the installation to some system of electrical conductors or electrodes placed near the soil or below the ground level. The earthing mat or electrode under the ground level have flat iron riser through which all the non-current-carrying metallic parts of the equipment are connected. 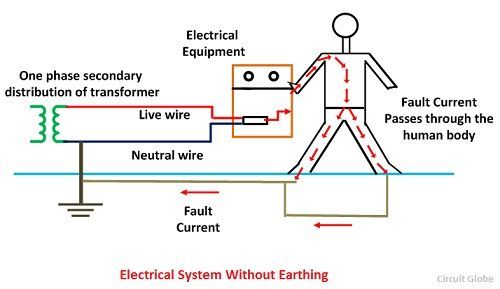 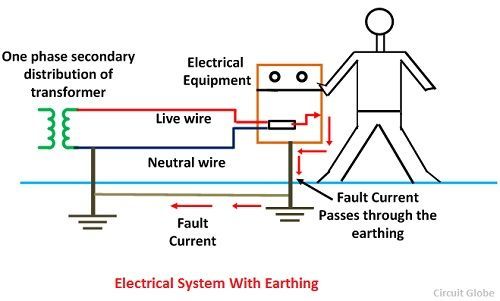