In grounding, the current carrying parts are directly connected to the ground. The grounding provides the return path for the leakage current and hence protect the power system equipment from damage. 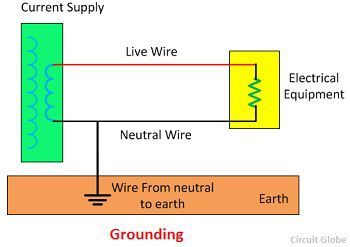 When the fault occurs in the equipment, the current in all the three phases of the equipment become unbalance.The grounding discharges the fault current to the ground and hence makes the system balance

The grounding has several advantages like it eliminates the surge voltage and also discharge the over voltage to the ground. The grounding provides the great safety to the equipment and improves the service reliability. 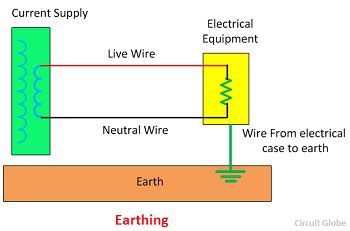 The earthing discharges the leakage current to the earth and hence avoid the personnel from the electric shock. It also protects the equipment from lightning strokes and provides the discharge path for the surge arrester, gap and other devices.

The earthing is achieved by connecting the parts of the installation to the earth by using the earth conductor or earth electrode in intimate contact with the soil placed with some distance below the ground level.

Key Differences Between Grounding and Earthing

28 thoughts on “Difference Between Grounding and Earthing”