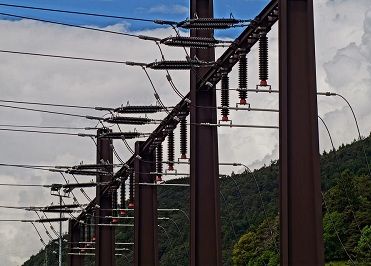 The various types of busbar arrangement are used in the power system. The selection of the bus bar is depended on the different factor likes reliability, flexibility, cost etc. The following are the electrical considerations governing the selection of any one particular arrangement.

The small substation where continuity of the supply is not essential uses the single bus bar. But in a large substation, the additional busbar is used in the system so that the interruption does not occur in their supply. The different type of electrical busbar arrangement is shown in the figure below.

The arrangement of such type of system is very simple and easy. The system has only one bus bar along with the switch. All the substation equipment like the transformer, generator, the feeder is connected to this bus bar only. The advantages of single bus bar arrangements are 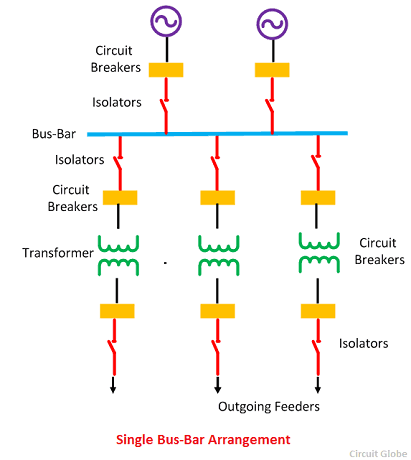 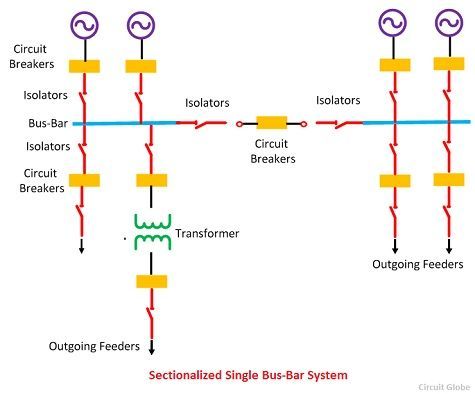 The following are the advantages of sectionalized bus bar.

Thus, the load is transferred from the main bus to reserve bus. 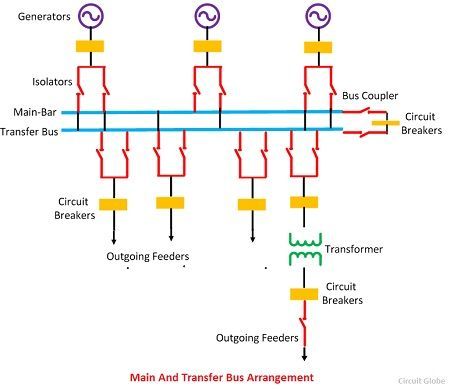 This type of arrangement requires two bus bar and two circuit breakers. It does not require any additional equipment like bus coupler and switch. 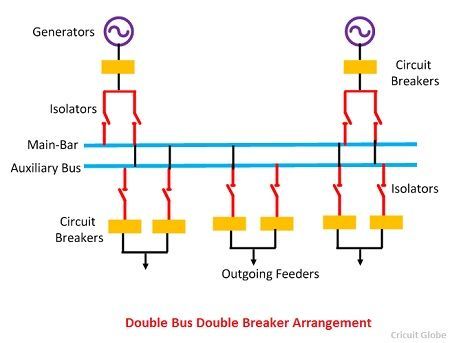 Because of its higher cost, such type of bus-bars is seldom used in substations. 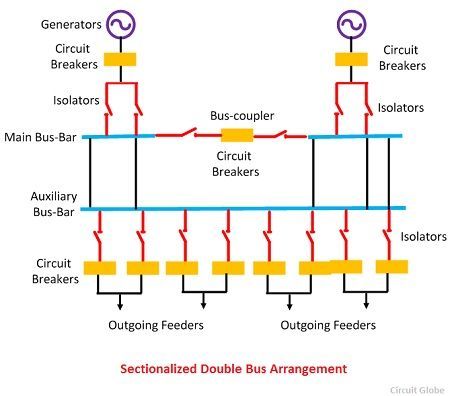 One and a Half Breaker Arrangement

In this arrangement, three circuit breakers are required for two circuits. The each circuit of the bus bar uses the one and a half circuit breaker. Such type of arrangement is preferred in large stations where power handled per circuit is large. 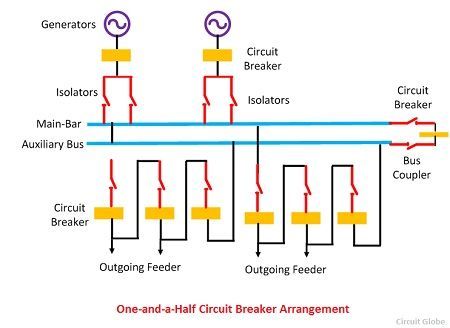 Advantages of One and a Half Breaker Arrangement

Disadvantages of One and a Half Breaker Arrangement

In such type of arrangement, the end of the bus bar is connected back to the starting point of the bus to form a ring. 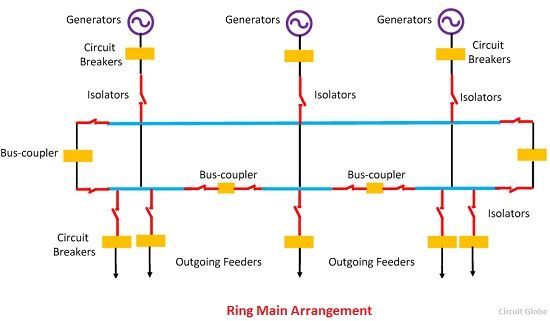 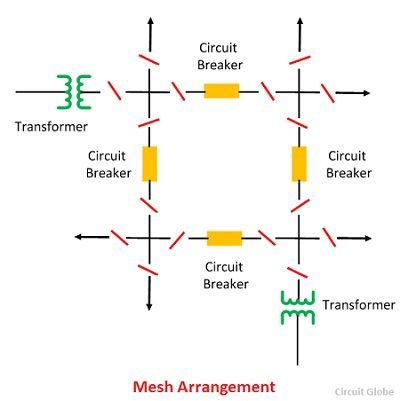 When a fault occurs on any section, two circuit breakers have to open, resulting in the opening of the mesh. Such type of arrangement provides security against bus-bar fault but lacks switching facility. It is preferred for substations having a large number of circuits.

16 thoughts on “Electrical Bus-Bar and its Types”