The peak values of alternating voltage and current is represented by Em and Im respectively. 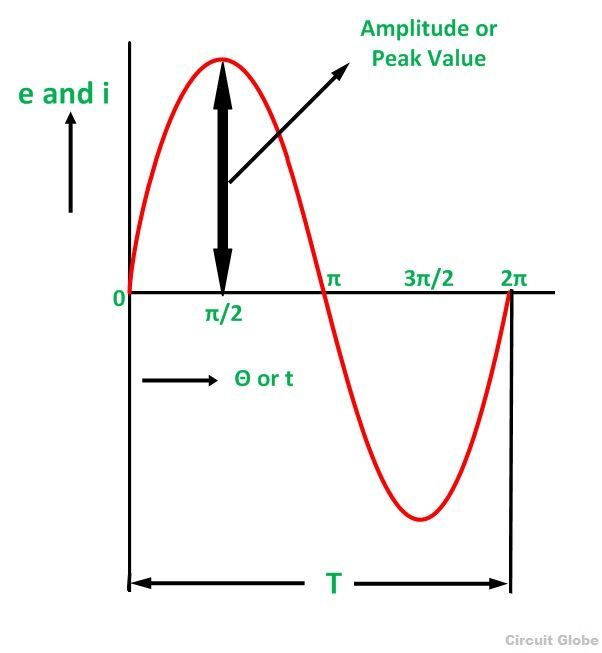 Definition: The average of all the instantaneous values of an alternating voltage and currents over one complete cycle is called Average Value.

The work is done by both, positive and negative cycle and hence the average value is determined without considering the signs.

So, the only positive half cycle is considered to determine the average value of alternating quantities of sinusoidal waves. Let us take an example to understand it. 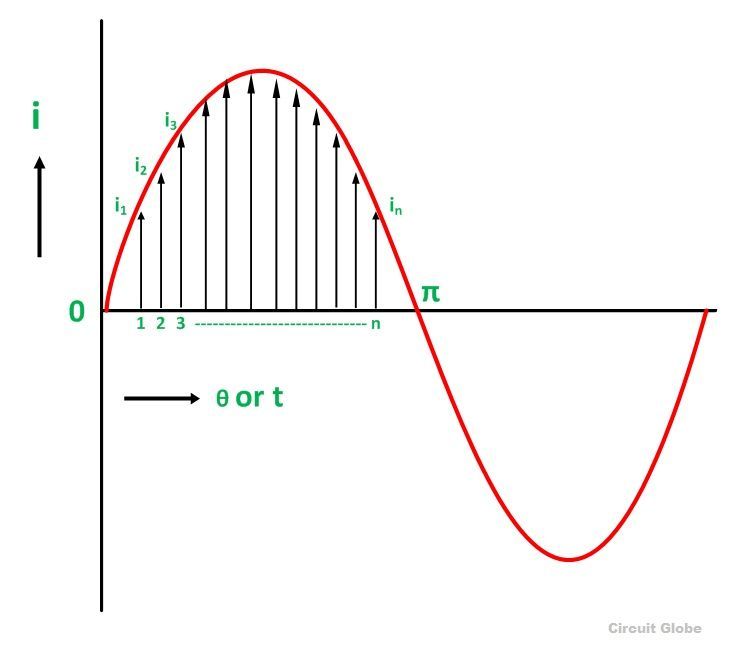 The Average value of current Iav = mean of the mid ordinates

In other words, the R.M.S value is defined as the square root of means of squares of instantaneous values.

Let I be the alternating current flowing through a resistor R for time t seconds, which produces the same amount of heat as produced by the direct current (Ieff). The base of one alteration is divided into n equal parts so that each interval is of t/n seconds as shown in the figure below. 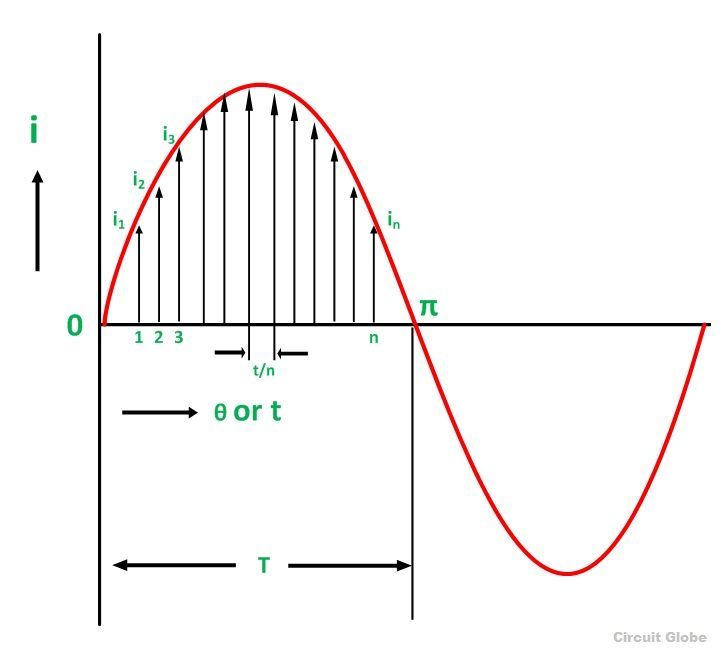 Then the heat produced in 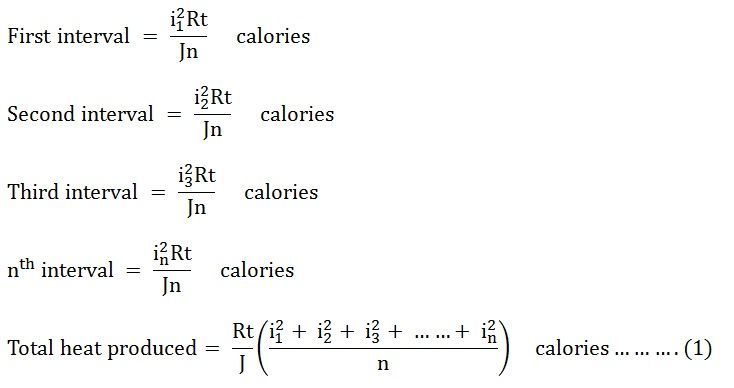 Since Ieff is considered as the effective value of this current, then the total heat produced by this current will be

Root Mean Square is the actual value of an alternating quantity which tells us an energy transfer capability of an AC source.

The values of voltage and the current system in a DC circuit is constant, so there is no issue in evaluating their magnitudes, but in an AC system, the alternating voltage and current vary from time to time and hence it is necessary to evaluate their magnitudes.

The following three ways (peak value, Average value and R.M.S value) given above are adopted to express the magnitude of the voltage and current.