When a pure resistance of R ohms, a pure inductance of L Henry and a pure capacitance of C farads are connected together in series combination with each other then RLC Series Circuit is formed. As all the three elements are connected in series so, the current flowing through each element of the circuit will be the same as the total current I flowing in the circuit.

The RLC Circuit is shown below: 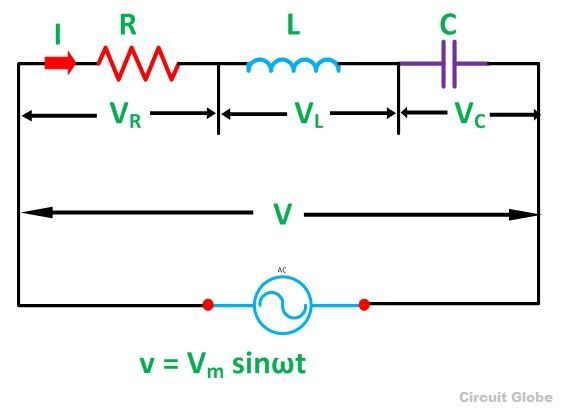 In the RLC Series circuit

When the AC voltage is applied through the RLC Series circuit the resulting current I flows through the circuit, and thus the voltage across each element will be:

The phasor diagram of the RLC series circuit when the circuit is acting as an inductive circuit that means (VL>VC) is shown below and if (VL< VC) the circuit will behave as a capacitive circuit. 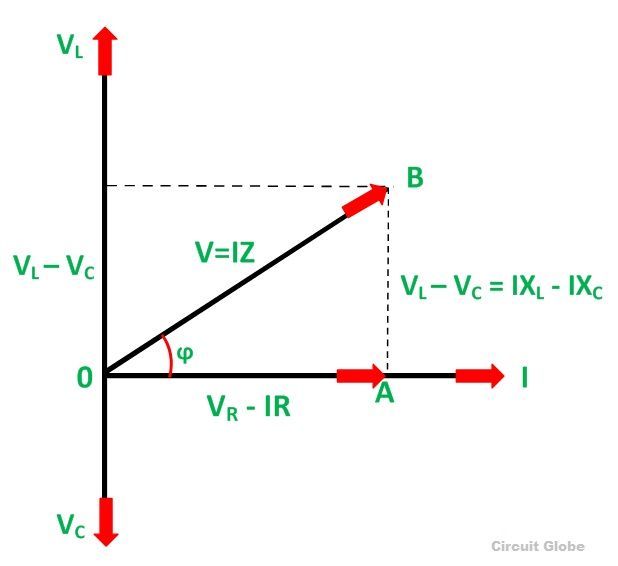 Steps to draw the Phasor Diagram of the RLC Series Circuit

It is the total opposition offered to the flow of current by an RLC Circuit and is known as Impedance of the circuit.

From the phasor diagram, the value of phase angle will be

The product of voltage and current is defined as power.

Where cosϕ is the power factor of the circuit and is expressed as: 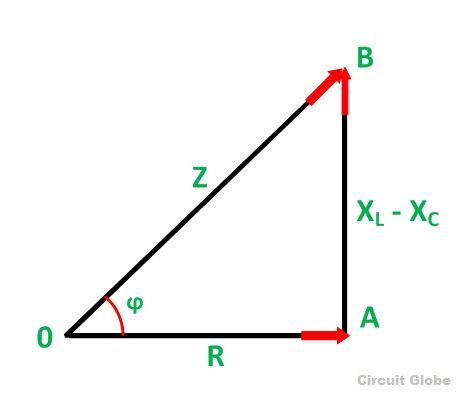 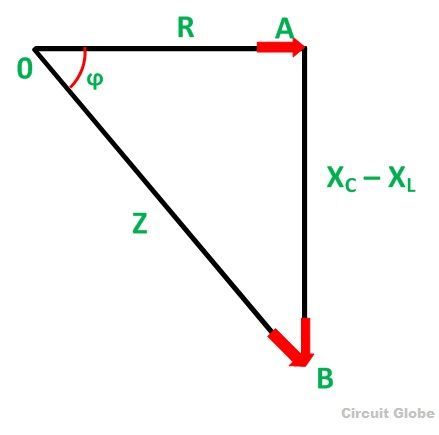 The following are the application of the RLC circuit:

This is all about the RLC circuit.