A circuit that contains a pure resistance R ohms connected in series with a coil having a pure inductance of L (Henry) is known as RL Series Circuit. When an AC supply voltage V is applied, the current, I flows in the circuit.

So, IR and IL will be the current flowing in the resistor and inductor respectively, but the amount of current flowing through both the elements will be same as they are connected in series with each other. The circuit diagram of RL Series Circuit is shown below: 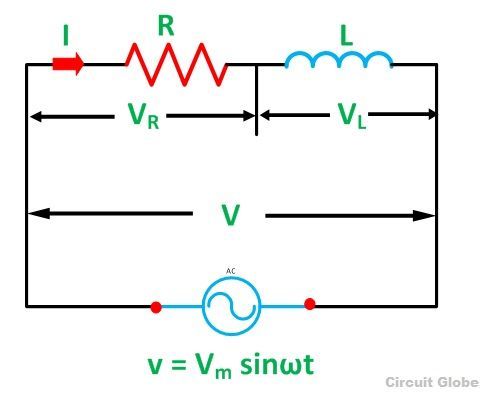 The phasor diagram of the RL Series circuit is shown below: 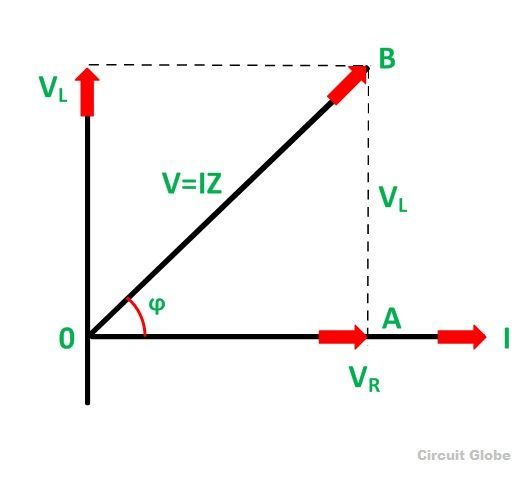 Steps to draw the Phasor Diagram of RL Series Circuit

The following steps are given below which are followed to draw the phasor diagram step by step:

Z is the total opposition offered to the flow of alternating current by an RL Series circuit and is called impedance of the circuit. It is measured in ohms (Ω).

In RL Series circuit the current lags the voltage by 90 degrees angle known as phase angle. It is given by the equation:

If the alternating voltage applied across the circuit is given by the equation:

The equation of current I is given as:

Then the instantaneous power is given by the equation: 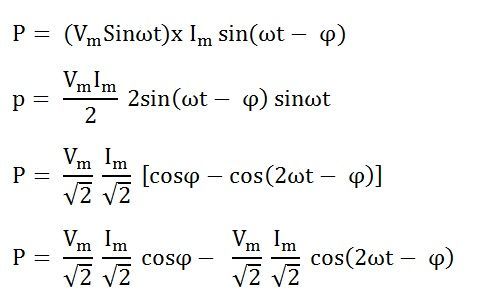 The average power consumed in the circuit over one complete cycle is given by the equation shown below:

Where cosϕ is called the power factor of the circuit.

The power factor is defined as the ratio of resistance to the impedance of an AC Circuit.

From equation (5) it can be concluded that the inductor does not consume any power in the circuit.

Waveform and Power Curve of the RL Series Circuit

The waveform and power curve of the RL series circuit is shown below: 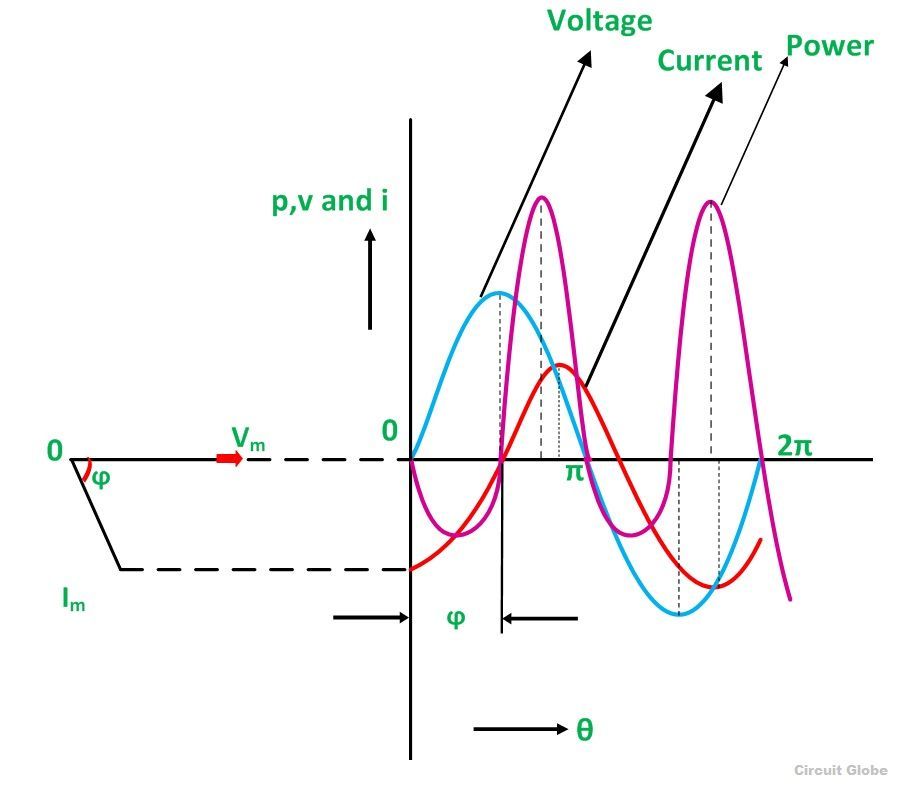 The various points on the power curve are obtained by the product of voltage and current.

If you analyze the curve carefully, it is seen that the power is negative between angle 0 and ϕ and between 180 degrees and (180 + ϕ) and during the rest of the cycle the power is positive. The current lags the voltage and thus they are not in phase with each other.