A circuit that contains pure resistance R ohms connected in series with a pure capacitor of capacitance C farads is known as RC Series Circuit. A sinusoidal voltage is applied and current I flows through the resistance (R) and the capacitance (C) of the circuit.

The RC Series circuit is shown in the figure below: 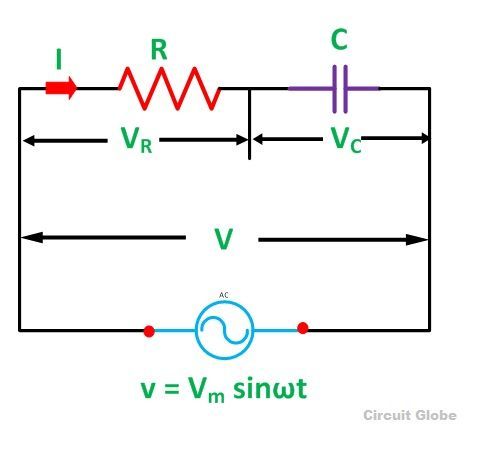 The phasor diagram of the RC series circuit is shown below: 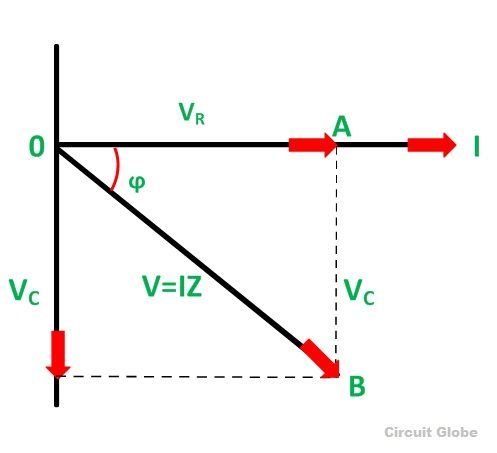 Steps to draw a Phasor Diagram 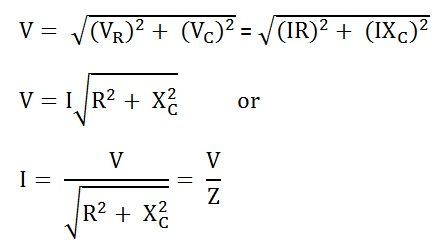 Z is the total opposition offered to the flow of alternating current by an RC series circuit and is called impedance of the circuit. It is measured in ohms (Ω).

From the phasor diagram shown above, it is clear that the current in the circuit leads the applied voltage by an angle ϕ and this angle is called the phase angle.

Therefore, the instantaneous power is given by p = vi 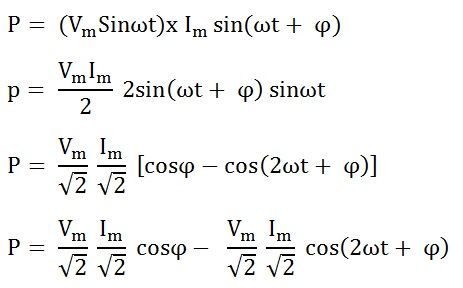 The average power consumed in the circuit over a complete cycle is given by:

Where cosϕ is called the power factor of the circuit.

From the equation (4) it is clear that the power is actually consumed by the resistance only and the capacitor does not consume any power in the circuit.

Waveform and Power Curve of the RC Series Circuit

The waveform and power curve of the RC circuit is shown below: 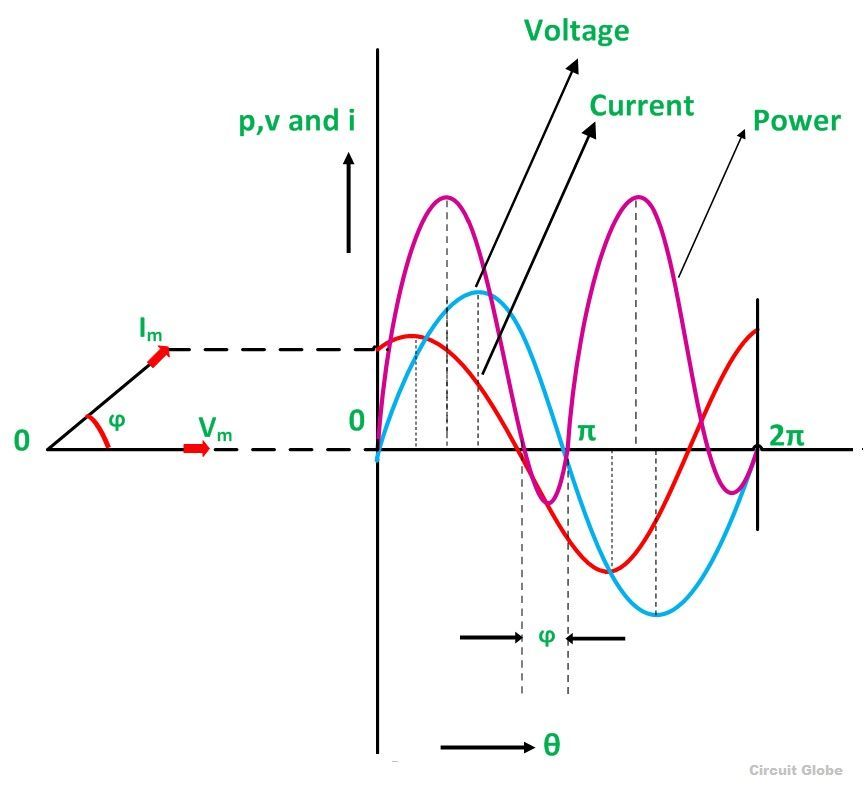 The various points on the power curve are obtained from the product of the instantaneous value of voltage and current.

The power is negative between the angle (180° – ϕ) and 180° and between (360° -ϕ) and 360° and in the rest of the cycle, the power is positive. Since the area under the positive loops is greater than that under the negative loops, therefore the net power over a complete cycle is positive.