In the RLC series circuit, when the circuit current is in phase with the applied voltage, the circuit is said to be in Series Resonance. The resonance condition arises in the series RLC circuit when the inductive reactance is equal to the capacitive reactance.

A series resonant circuit has the capability to draw heavy current and power from the mains; it is also called acceptor circuit. The series resonance RLC circuit is shown in the figure below: 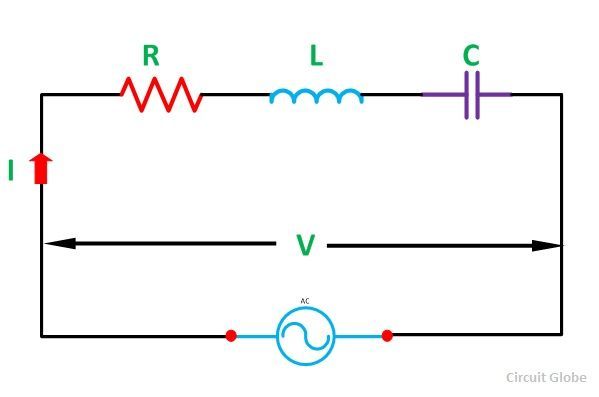 The Impedance will be:

Where Zr is the resonance impedance of the circuit.

Since at resonance the opposition to the flow of current is only resistance (R) of the circuit. At this condition, the circuit draws the maximum current.

Also See: What is Resonant Frequency?

The following effects of the series resonance condition are given below:

However, in some of the electronics devices such as antenna circuit of radio and TV receiver, tunning circuit, etc. The series resonant condition is used to increase the signal voltage and current at the desired frequency (fr).