Whenever a short-circuit occurs in a power network, it causes a heavy current to flow in the circuit. The magnitude of short circuit current is shown in the graph below. During the first moment of the fault current, the current attains to its maximum value and then decreases to its steady state value. 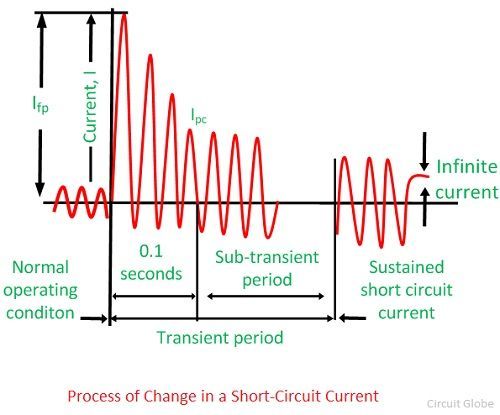 During the fault, the current undergoes a continuous change and the phenomenon observed is called the transient phenomenon. The word transient refers to a temporary happening which lasts for a short duration of time. The zone in which current is very high but falls very rapidly is called the sub-transient current.