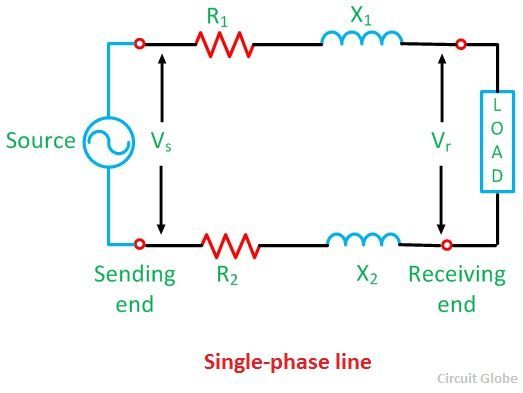 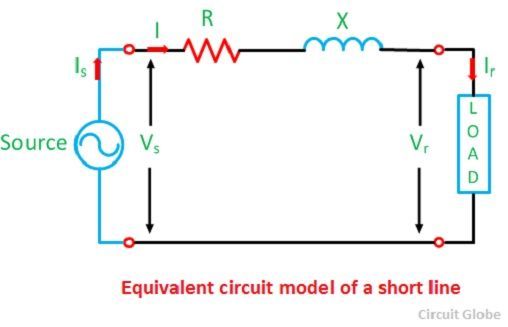 The series impedance of the lines is given as,

In short transmission lines the shunt conductance and shunt capacitance of the line are neglected; hence, the current remains the same at all point of the line.
Practically, we say that,

Reactance is lead by 90 degrees and therefore CD is drawn perpendicular to OB. Total impedance voltage drop IZ is the phasor sum of the resistive and reactive voltage drops, and AD gives it in the diagram. 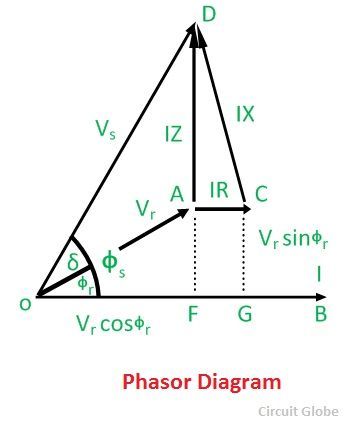 The magnitude of Vs can be found from the right angle triangle OGD.

Power factor of the load measured at the sending end is

If Vr be the reference phasor then,

The line impedance is given by

ABCD constants of a short line

General equation of the lines for representing voltage and current at the output terminal of the lines is shown below;

The ABCD constants for a short line are given by

It is the change in voltage at the receiving end when the full load at a given power factor is removed and the voltage at the sending end being constant. It can be written as;

Therefore, voltage regulation is given as;

It is calculated by the  formula given below