The resistance of any material depends on two factors

Quantitatively it is obtained by Ohm’s Law, as the resistance offered by the material when a current of I ampere flows through it with a potential difference of (V) volts across the material. It is given by the equation shown below

Where R is the resistance, V is the voltage, and I is the current in the circuit.

Resistivity (ρ) is defined as the ability of the conductor or the material to oppose the electric current. The resistance of any conductor is measured by the instrument known as Ohmmeter.

The collision of atoms with the free electrons causes the heat to develop when an electric current flows through any conductor or material. If a current of I ampere is passing through the conductor and the potential difference is V volts across the conductor, then the power absorbed by the resistor is given by the equation (3) shown below

The above equation (6) shows the equation for energy loss in the form of heat.

There are mainly two types of resistance

It is similar to the normal resistance of the circuit given as R=V/I. It determines the power dissipation in an electric circuit. It is also defined as the slope of the line from the origin through various points on the curve.

It is also known as the incremental or dynamic resistance of the circuit. It is the derivative of the ratio of voltage to the current. Differential resistance is given by the formula shown below

Series and Parallel Resistance in the circuit

If the various resistances suppose R1, R2, R3 connected together in series as shown in the figure below is termed as a series resistance circuit 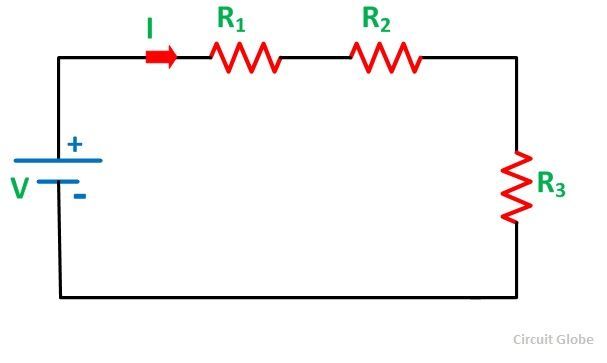 The equivalent or total resistance is given by the equation

The various resistances suppose R1, R2, R3 are connected in parallel with each other as shown in the circuit below is known as Parallel Resistance Circuit. 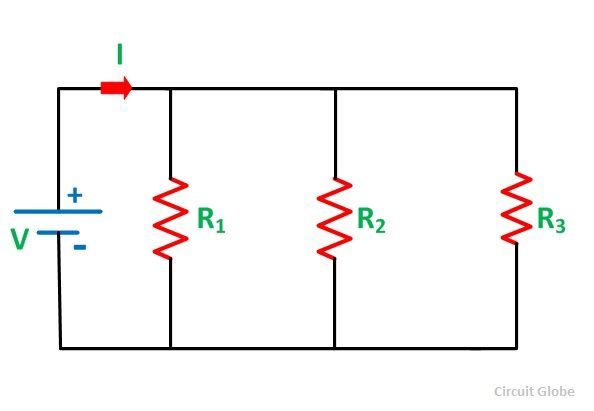 The equivalent or total resistance is given by the equation

This is all about resistance.