Definition: Electric current is defined as the rate of flow of negative charges of the conductor. In other words, the continuous flow of electrons in an electric circuit is called an electric current.The conducting material consists a large number of free electrons which move from one atom to the other at random.

Since the charge is measured in coulombs and time in seconds, so the unit of electric current is coulomb/Sec (C/s) or amperes (A). The amperes is the SI unit of the conductor. The I is the symbolic representation of the current. 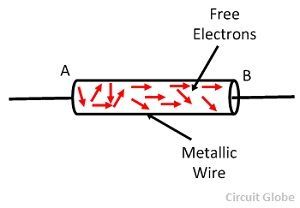 Thus, a wire is said to carry a current of one ampere when charge flows through it at the rate of one coulomb per second.

Conventional Direction of Flow of Current 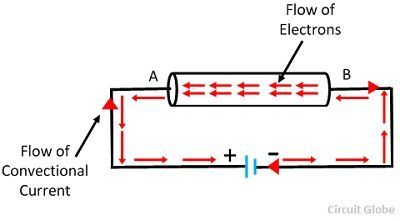 Mathematically, it is represented by