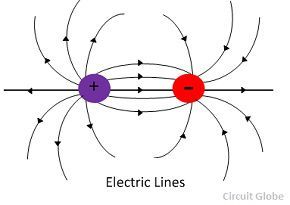 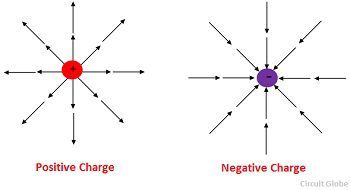 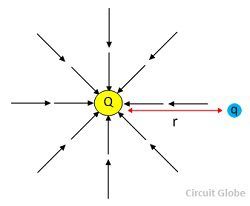 where Q – unit charge
r – distance between the charges

The charge q also apply an equal and opposite force on the charge Q.

Types of an Electric Field

The field which is irregular at every point is called the non-uniform electric field. The non-uniform field has a different magnitude and directions.

Properties of an Electric Field

The following are the properties of an electric field.