The PN junction diode is used for rectification purpose because it allows the current to flow only in one direction. It is a type of switch which only allows the forward current to pass through it. On the other hand, the Zener diode allows both the forward and reverse current to pass through it. The Zener diode is used as a voltage regulator in the electronic circuit because it provides the constant voltage from the supply to the load whose voltage vary over sufficient range. 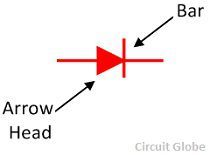 The PN junction diode has a P-type and N-type semiconductor material which is joined by the process of alloying. Thus, both the ends of the diode has different properties. The electrons are the majority charge carrier of the N-type material, and the holes are the majority charge carrier of the p-type semiconductor material. The region in which both the p-type and n-type material meets is known as the depletion region. This region does not have any free electrons because electrons and holes combine with each other in this region. 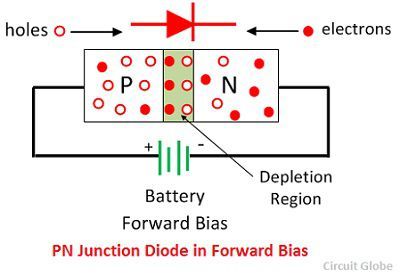 The forward biased creates the electric field which reduces the depletion region of the PN-junction diode. When the potential barrier is completely reduced, it creates the conducting path for the flow of current. Thus, large current starts flowing, and this current is called the forward current.

The Zener diode is made up of silicon material. It is a special type of diode which operates in the breakdown region. It allows the current to flows both in the forward as well as in the reversed direction, when the Zener voltage is reached. The Zener diode is made by highly doped p-type and the n-type material, i.e. the concentration of ion is higher in the material.

The following are the key differences between the PN junction and Zener diode.

The PN junction diode and the Zener diode both are made up of semiconductor material. They are differentiated by their property of current conduction.The PN junction is lightly doped and having large depletion region which is only eliminated by forward biasing. And the Zener diode is heavily doped and has thin depletion which makes their conduction easy even in the low biasing.