Another method to form a p n Junction is known as Diffusion. In this process, the semiconductor wafers of one conductivity either p-type or n-type are placed in a vessel that contains an oxide of the impurity to be added. The combination is passed slowly through a furnace with a controlled temperature of 800⁰C to 1200⁰C depending upon the type of junction. At such a high temperature, a gas of impurity atoms diffuses into the semiconductor material and forms a thin layer of opposite conductivity. Thus, resulting in the formation of the p n junction.

For understanding the property of a PN Junction, let us consider two types of extrinsic semiconductors. One is p-type, and the other one is of n-type as shown in the figure below. 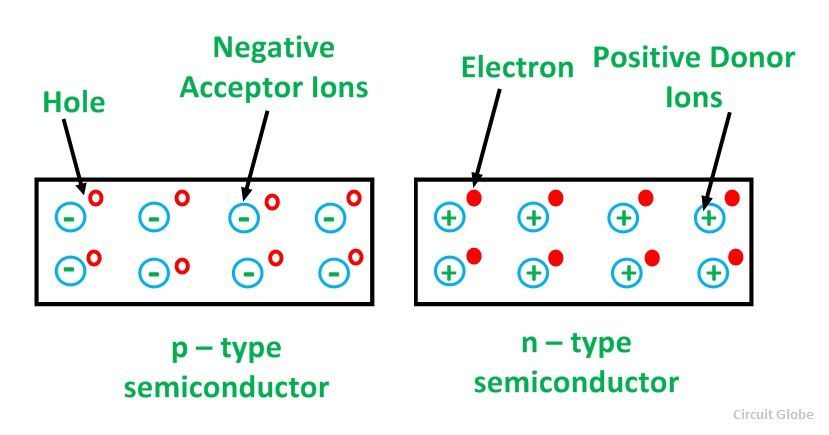 The p-type semiconductor is having negative acceptor ions and positively charged holes. Whereas, the n-type semiconductor is having positive donor ions and negatively charged electrons. When the two pieces are joined together and suitably treated, they form a pn Junction. The electron-hole recombination takes place a soon as the p n Junction is formed due to the reason that some of the electrons from n-type material diffuse over to the p-type material with the holes available in the valence band.

Similarly, hole-electron combination takes place when the holes from p-type material diffuse over to the n-type material, and the electron is available in the conduction band. This process of combination is known as Diffusion. 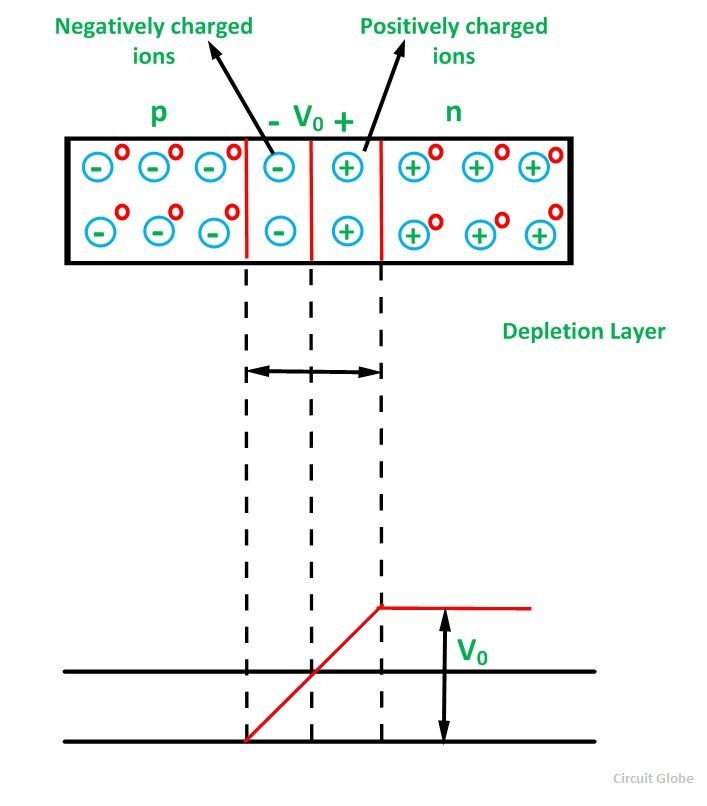 Once all this happens further diffusion is prevented and the potential difference created across the junction acts as a barrier which prevents further movement of electrons and holes. The positive charge on n side repels holes on p side and a negative charge on n side repels free electron of p side. This barrier is known as a Potential Barrier or Junction Barrier VO.

A potential difference built across the p n Junction, which restricts the further movement of charge carriers across the junction, is known as Potential Barriers.

A layer is formed on both the side of the junction. This layer is depleted of free electrons and holes. A region around the junction from which the charge carriers are depleted is called a Depletion Layer.