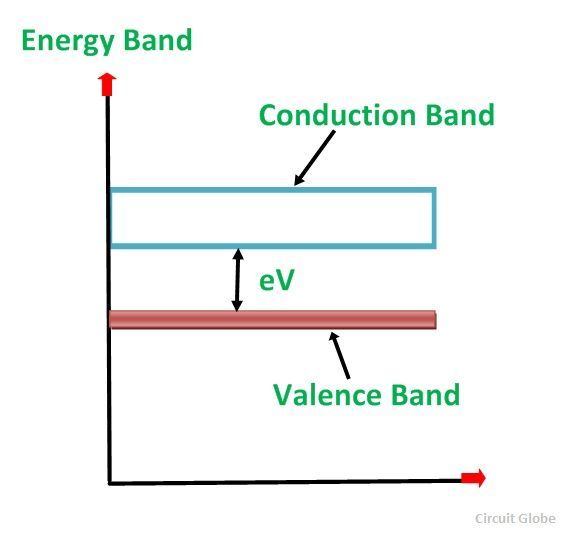 As the temperature increases, more and more number of valence electrons cross over to the conduction band and the conductivity of the material increases. Thus, these materials have a negative temperature coefficient of resistance.

There are a large number of Tetravalent materials available such as carbon in the diamond stat, silicon, germanium and grey tin. The minimum energy required for breaking the covalent bond in these materials is 7, 1.12, 0.75 and 0.1 electron volt respectively.

The two semiconductor materials are discussed below:

Germanium was discovered in 1886. It is an earth element recovered from the ash of certain coaks or from the flue dust of zinc smelters. The recovered germanium is in the form of germanium dioxide powder. It is then converted into pure germanium.

The atomic structure of germanium is shown below: 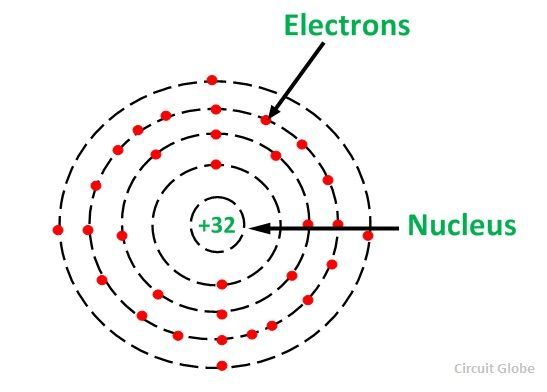 Its atomic number is 32. It has 32 protons in the nucleus and 32 electrons distributed in the four orbits around the nucleus. The number of electrons in the first, second, third and fourth orbit is 2, 8, 18 and 4 respectively. It is clear that the germanium has four valence electrons. The various germanium atoms are held together through covalent bonds as shown in the figure below. 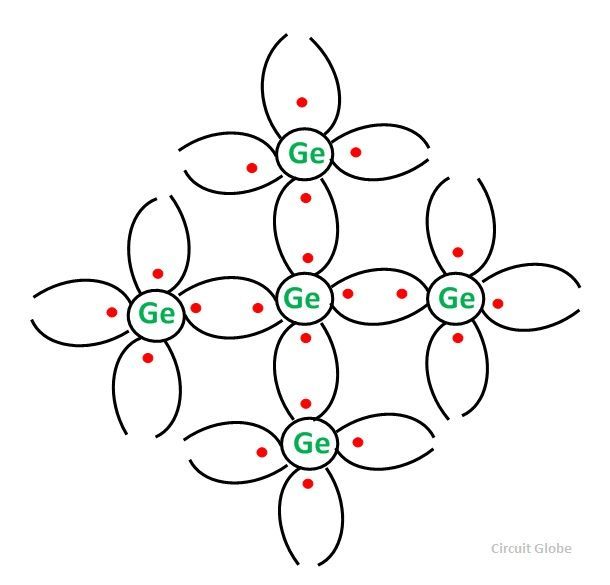 The energy band diagram of Germanium is shown below. 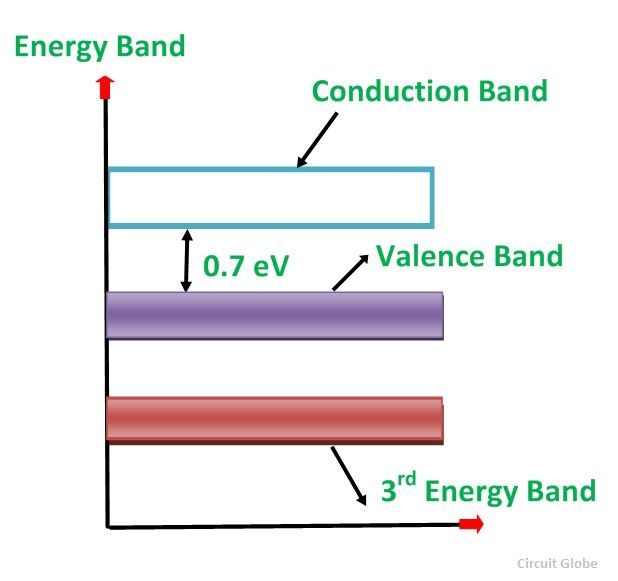 Silicon is the element available in most of the common rocks. Actually, sand is silicon dioxide. It is treated chemically and reduced to pure silicon, which can be used for the preparation of electronic devices.

The figure below shows the atomic structure of silicon. 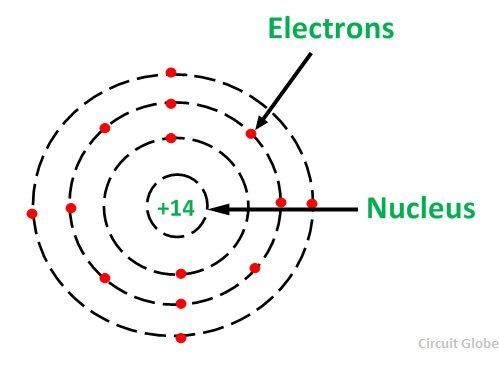 Its atomic number is 14. Therefore, it has 14 protons in the nucleus and 14 electrons distributed in the three orbits around the nucleus. The number of electrons in the first, second and third orbit is 2, 8 and 4 respectively. The various silicon atoms are held together through covalent bonds as shown in the figure below. 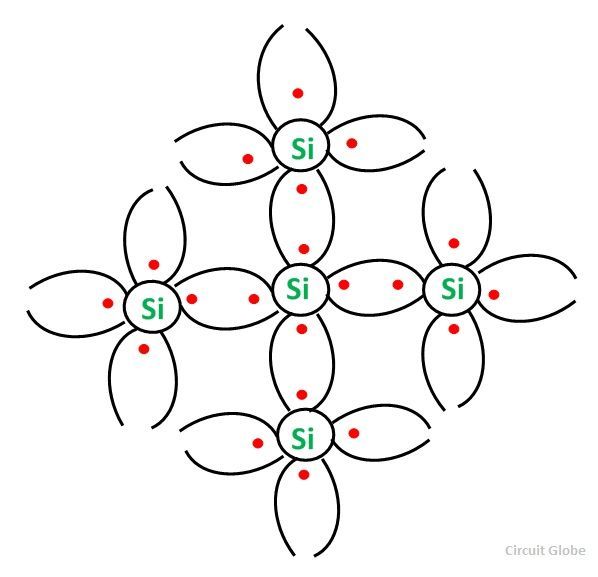 The energy band diagram of the silicon material is shown below. 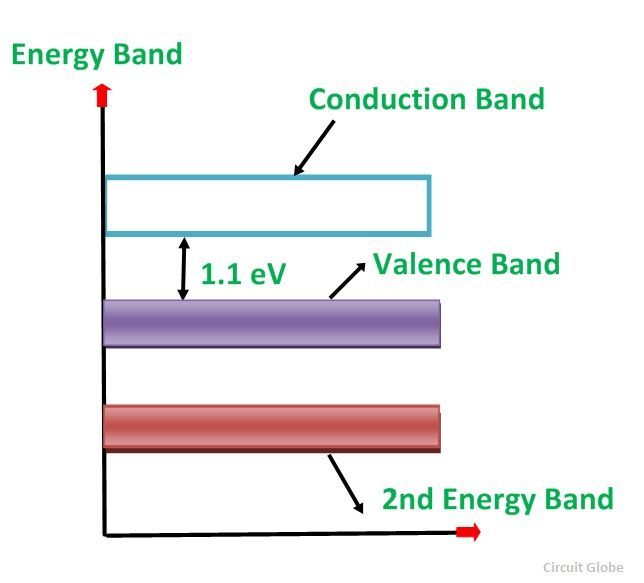 The forbidden energy gap in this material is quite small. It also needs small energy to lift the electrons from the valence band to the conduction band.

This is the reason why silicon semiconductor devices are preferred over germanium devices.