The most significant difference between the LED and diode is that the LED emits the light while the diode allows the current to flow only in one direction and opposes the flow in the opposite direction. The other differences between the diode and LED are shown below in the comparison chart.

The diode which emits light during the conduction is known as the light emitting diode or LED. It works on the phenomenon of the electro-luminance in which the semiconductor material emits light when placed under the influence of the electric field. 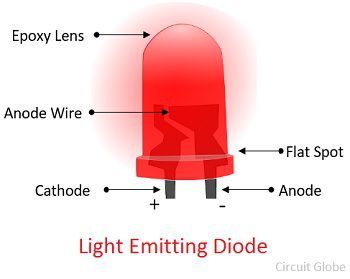 The electrons and holes are recombined only when they have the same energy. For recombination, the electrons give the energy to the holes. They give energy in the form of the photons or light. Therefore, the LED emits light in the forward biasing.

The LEDs has many advantages likes smaller in size, requires less power, available in different colour, requires less area, requires low DC Power etc. The only drawback of the LED is that they get easily damaged by the overvoltage or overcurrent.

The diode is a two terminal semiconductor device which consists the n-type and p-type semiconductor material. These material are connected together. The diode allows current to flows only in one direction i.e., from the anode to cathode. 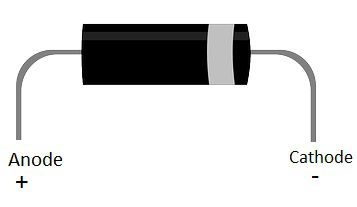 As the diode conducts current only in one direction so it is used as a rectifier. The diode behaves like conductors when the small voltage is applied to it. The current causes the voltage drop across the diode.

Key Differences between the LED and Diode

2 thoughts on “Difference Between LED & Diode”