The transistor has three regions, namely emitter, collector and base. The emitter is heavily doped so that it can transfer the heavy charged particle to the base. The base of the transistor is smaller in size and lightly doped thereby the charge carrier easily moved from base to collector region. The collector is the largest region of the transistor because it can dissipate the heat produced at the base-collector junction.

The diode is a two terminal device which allows the current to flow in one direction. The diode is made up of semiconductor material, and it is mainly used for rectification. The conduction occurs in the circuit when the diode is forward bias. 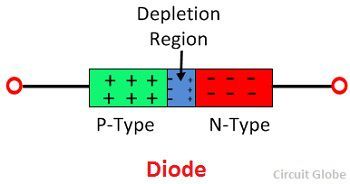 A transistor is a three-terminal device which is used for amplifying the electrical signals. It is made up of semiconductor material. The emitter, collector and base are the three terminals of the battery. The emitter junction is forward bias and offers a small resistance, whereas the collector junction is in reverse bias and offer a high resistance. When the weak signal is introduced to the low resistance circuit of the transistor,  it transfers the signal from the high resistance circuit. 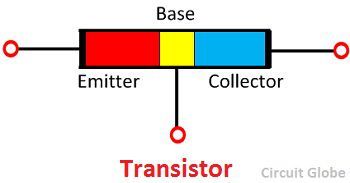 Key Differences Between Diode and Transistor

It is considered that the transistor consists two PN junction diode. But two discrete diode connected back to back never work as a transistor.

6 thoughts on “Difference Between Diode & Transistor”