We know both diode and thyristor are semiconductor devices formed by the combination of p and n type semiconductor material. However, various factors exist that differentiates the two.

A diode is a two terminal device formed by the combination of a p and an n type semiconductor material that allows conduction in single direction only. Practically it is said that the diode allows conduction only when forward biased and restricts the flow of current in reverse biased condition.

The figure given below represents a forward biased p-n junction diode: 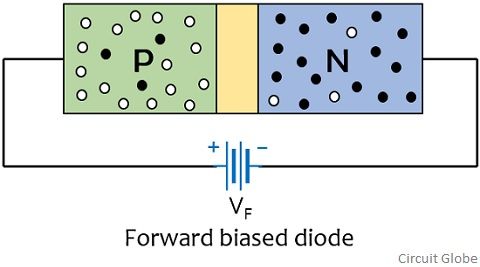 Initially when no external potential is provided then also the majority carriers of both the regions drift across the junction in order to combine. After a certain point of time, immobile ions get deposited on both sides of the junction, thereby producing a depletion region.

Once the depletion layer gets generated then further movement of charge carriers will take place only when external biasing will be provided. So, when forward biasing is provided then holes and electrons from p and n side respectively gets repelled by the positive and negative terminal of the battery. This reduces the width of the depletion region and carriers drift across the junction by the action of external potential.

The figure given below represents the reverse biased condition of the p-n junction diode: 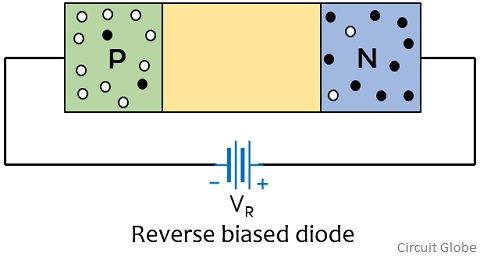 So, now the majority charge carriers of both the regions experiences attractive force from the battery terminal. This leads to broadening of the depletion region and hence the barrier potential increases. And so, this will cause no further flow of current through the device.

Thyristor is a 4 layer device formed by alternate combination of p and n type semiconductor materials. It is a device used for rectification and switching purpose. SCR is the mostly used member of thyristor family and it is the name commonly used when we talk about thyristors. SCR also allows the flow of current in one direction and its action is controlled by an external trigger pulse applied at its gate terminal.

Basically SCR is a 4-layer device in the configuration P-N-P-N. This configuration generates 3 junctions in the structure of SCR. Let us now understand in brief how an SCR basically operates: 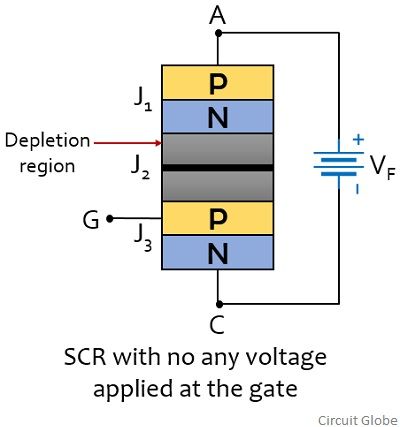 Hence, as we can see in the figure shown above that forward voltage is applied between anode and cathode that causes the junction J1 and J3 to be forward biased. But as the same time junction J2 will be reverse biased. This will lead to generation of depletion region around J2. Hence no forward current will flow through the device and only negligibly small leakage current will flow through it. This state is said to be practically off state of the thyristor(SCR).

Hence we can say without any gate potential, SCR will not conduct in either forward or reverse biased condition. Let us now consider the case when gate terminal is triggered with a forward potential. Also a forward voltage is provided between cathode and anode. 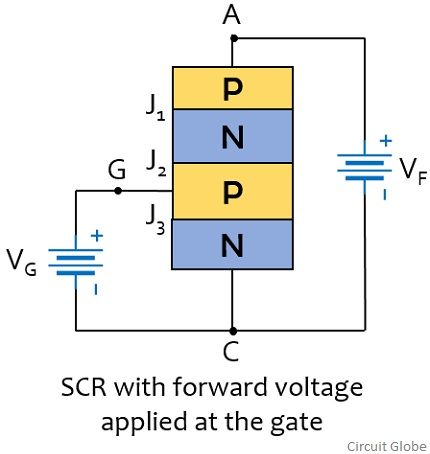 This regenerative action allows the SCR to conduct heavily. However, it is to be noteworthy here that once the SCR starts conducting, then the gate potential plays no any further role in conduction. And the device continues to be in ON state.

Key Differences Between Diode and Thyristor

So, from the above discussion we can say that though both diode and thyristor are semiconductor devices. But the operation of the two are quite different thus find applications in different fields.

1 thought on “Difference Between Diode and Thyristor”