In TCR the duration of current flowing through the reactor is controlled by the firing angle of the thyristor. For every half cycle,  the thyristor is given a triggering pulse by the controlled circuit. It is used in EHV (Extra High Voltage) lines for providing lagging VARs during the low load or load rejection.

The thyristor switched capacitor is used in EHV lines for providing leading VARs during heavy loads. The current through the capacitor can be varied by controlling the firing angles of back to back thyristor connected in series with the capacitor. 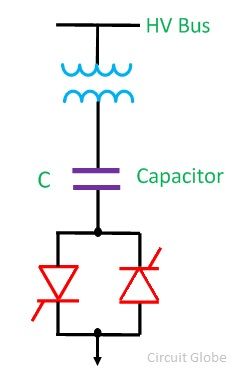