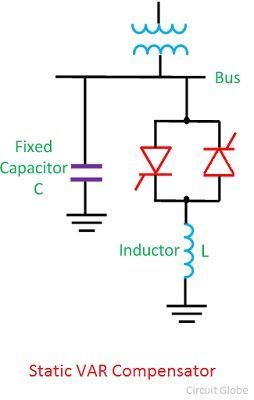 The SVC is capable of step less adjustment of reactive power over an unlimited range without any time delay. It improves the system stability and system power factor. Most commonly used SVC scheme are as follows.

Static VAR compensator has no rotating parts and is employed for surge impedance compensation and compensation by sectionalizing a long transmission line.