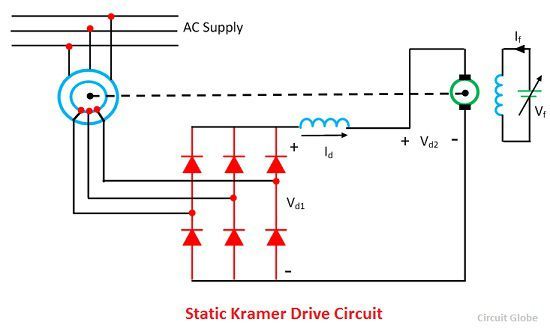 The static Kramer-drive converts the slip power of an induction motor into AC power and supply back to the line. The slip power is the air gap power between the stator and the rotor of an induction motor which is not converted into mechanical power. Thus, the power is getting wasted. The static Kramer drives fed back the wasted power into the main supply. This method is only applicable when the speed of the drive is less than the synchronous speed.

The rotor slip power is converted into DC by a diode bridge. This DC power is now fed into DC motor which is mechanically coupled to an induction motor. The torque supplied to the load is the total sum of the torque produced by the induction and DC motor drive. 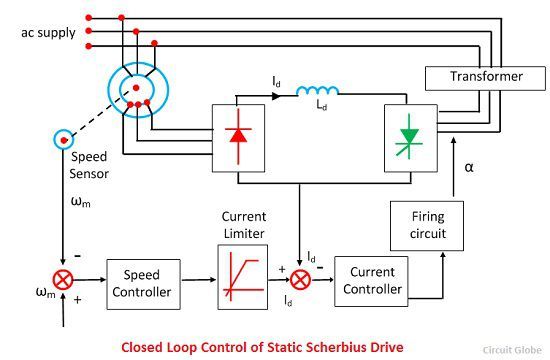 The speed control is possible only when speed is less or half of the synchronous speed. When the large range speed is required, the diode bridge is replaced by the thyristor bridge. The relationship between the Vd1 and the speed can be altered by controlling the firing angle of thyristor amplifier. Speed can now be controlled up to stand still.