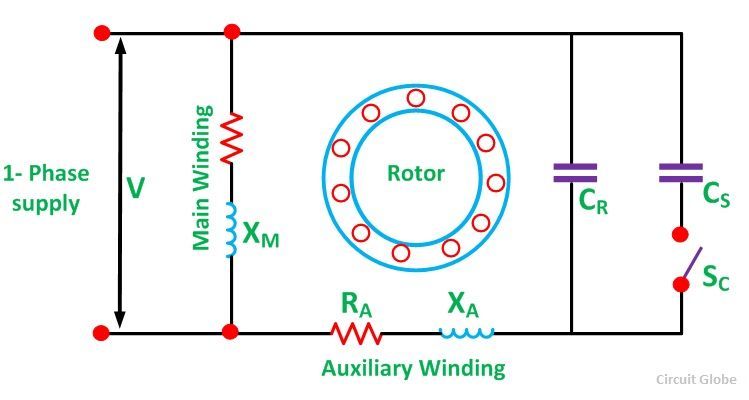 As the motor reaches the synchronous speed, the starting capacitor Cs is disconnected from the circuit by a centrifugal switch Sc. The capacitor CR is connected permanently in the circuit and thus it is known as RUN Capacitor. The run capacitor is long time rated and is made of oil-filled paper.

The figure below shows the Phasor Diagram of the Capacitor Start Capacitor Run Motor.

The torque-speed characteristic of a two-value capacitor motor is shown below: 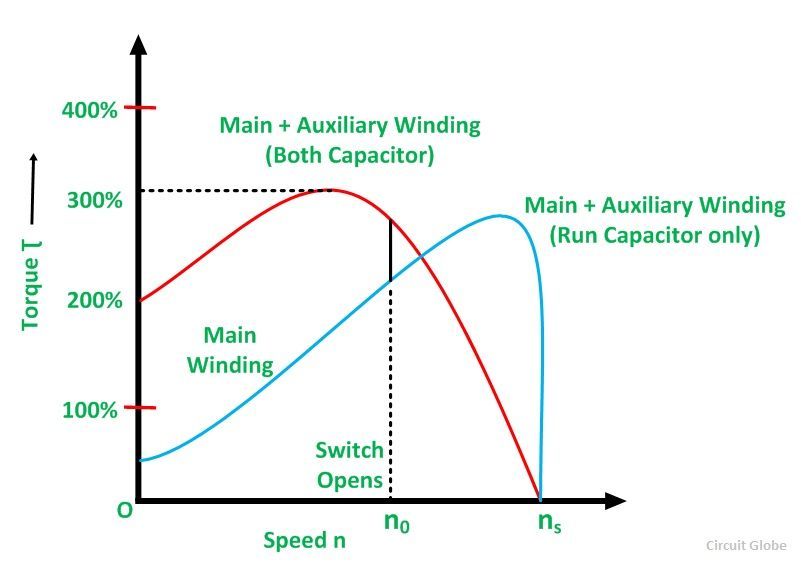 This type of motor is quiet and smooth running. They have higher efficiency than the motors that run on the main windings only. They are used for loads of higher inertia requiring frequent starts where the maximum pull-out torque and efficiency required are higher. The two value capacitor motors are used in pumping equipment, refrigeration, air compressors, etc.