A Capacitor Start Motors are a single phase Induction Motor that employs a capacitor in the auxiliary winding circuit to produce a greater phase difference between the current in the main and the auxiliary windings. The name capacitor starts itself shows that the motor uses a capacitor for the purpose of the starting. The figure below shows the connection diagram of a Capacitor Start Motor. 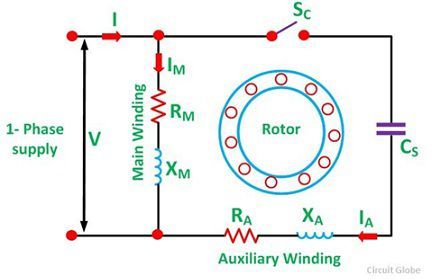 The Phasor Diagram of the Capacitor Start motor is shown below. 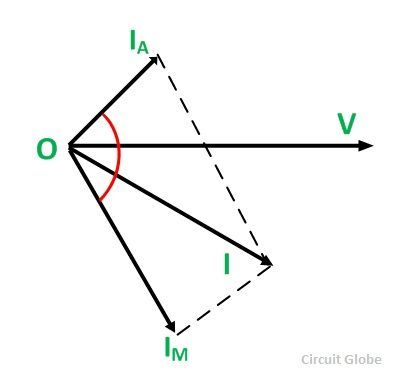 IM is the current in the main winding which is lagging the auxiliary current IA by 90 degrees as shown in the phasor diagram above. Thus, a single phase supply current is split into two phases. The two windings are displaced apart by 90 degrees electrical, and their MMF’s are equal in magnitude but 90 degrees apart in time phase.

The motor acts as a balanced two-phase motor. As the motor approaches its rated speed, the auxiliary winding and the starting capacitor is disconnected automatically by the centrifugal switch provided on the shaft of the motor.

Characteristics of the Capacitor Start Motor

The capacitor starts motor develops a much higher starting torque of about 3 to 4.5 times of the full load torque. To obtain a high starting torque, the two conditions are essential. They are as follows:-

The electrolytic capacitors of the order of the 250 µF are used because of the high Var rating of the capacitor requirement.

The Torque Speed Characteristic of the motor is shown below. 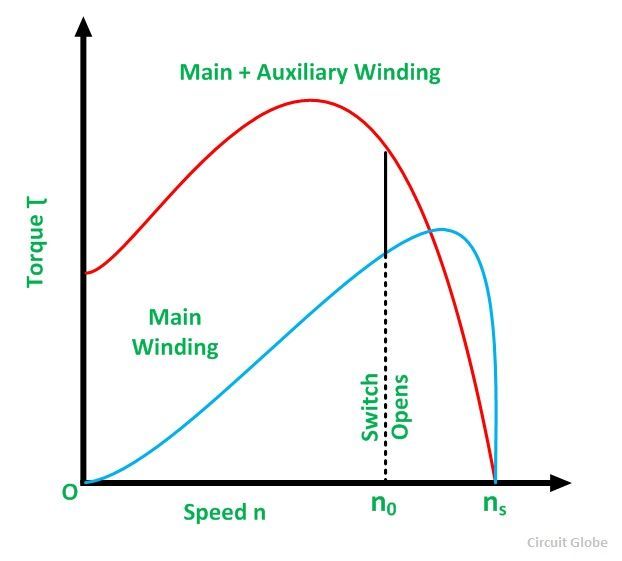 The characteristic shows that the starting torque is high. The cost of this motor is more as compared to the split phase motor because of the additional cost of the capacitor. The Capacitor start motor can be reversed by first bringing the motor to rest condition and then reversing the connections of one of the windings.

Applications of the Capacitor Start Motor

The various applications of the motor are as follows:-