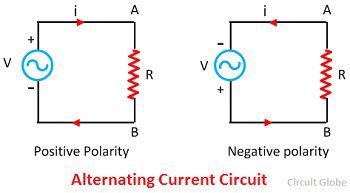 The wave shape of the source voltage and the current flow through the circuit (i.e., load resistor) is shown in the figure below. 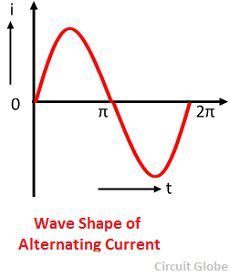 The graph which represents the manner in which an alternating current changes with respect to time is known as wave shape or waveform. Usually, the alternating value is taken along the y-axis and the time taken to the x- axis.

The alternating current varies in a different manner as shown in the figure below. Accordingly, their wave shapes are named in different ways, such as irregular wave, a triangular wave, square wave, periodic wave, sawtooth wave, the sine wave.

The alternating supply is always used for domestic and industrial applications.