The high electric field generates the large electron holes pairs due to which the diode process even for the small signals. The PIN diode is a type of photodetector used for converting the light energy into the electrical energy. 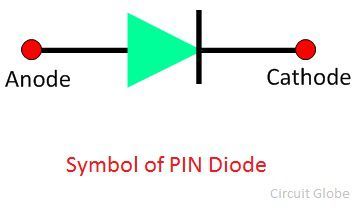 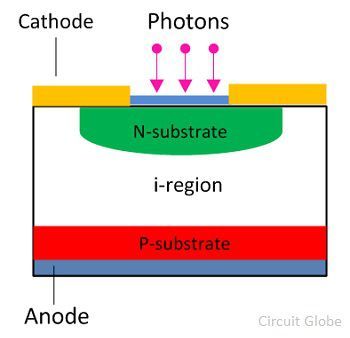 When the diode is kept forward biased, the charges are continuously injected into the I-region from the P and N-region. This reduces the forward resistance of the diode, and it behaves like a variable resistance.

The resistance (Rs) of the current under forwarding biased is inversely proportional to the charge Q stored in the intrinsic region.

The above equation shows that the resistance of the intrinsic region depends on the width of the region.

In reverse bias, the diode behaves like a capacitor. The P and N region acts as the positive and negative plates of the capacitor, and the intrinsic region is the insulator between the plates.

The PIN diode is most suitable for low voltage applications.