Definition: The diode whose internal capacitance varies with the variation of the reverse voltage such type of diode is known as the Varactor diode. It is used for storing the charge. The varactor diode always works in reverse bias, and it is a voltage-dependent semiconductor device

The symbol of the varactor diode is similar to that of the PN-junction diode. The diode has two terminals namely anode and cathode. The one end of a symbol consists the diode, and their other end has two parallel lines that represent the conductive plates of the capacitor. The gap between the plates shows their dielectric. 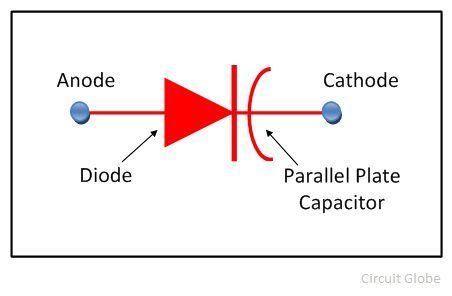 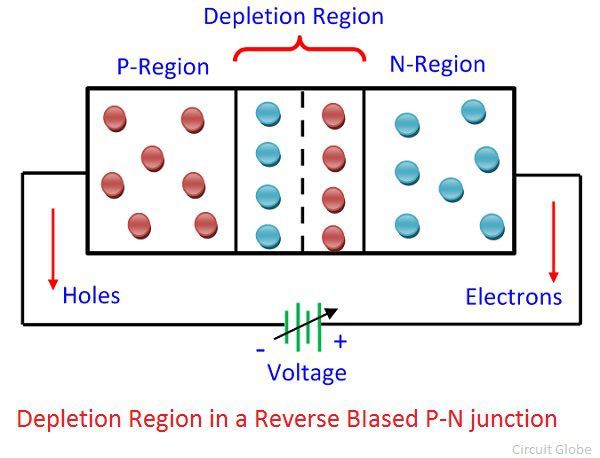 The formula gives the capacitance of varactor diode,

Where, ε – Permittivity of the semiconductor material.
A – area of PN-junction
W – width of depletion region

The characteristic curve of the varactor diode is shown in the figure below.  The graph shows that when the reverse bias voltage increases the depletion region increases, and the capacitance of the diode reduces. 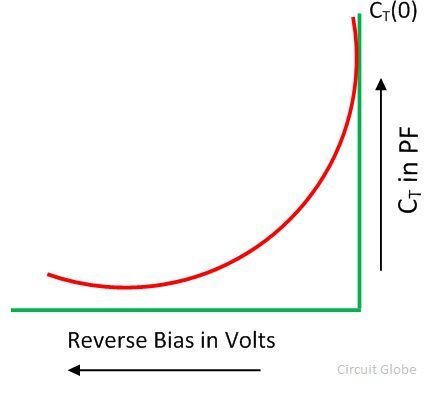 The following are the advantages of the varactor diode.

The figure below shows that D1 and D2 are the two Varactor diode. These diodes provide the variable resistance in the parallel resonance circuit. The Vc is the DC voltage used for controlling the reverse voltage of the diode. 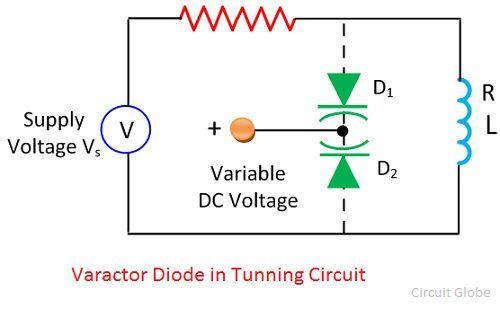