The ac bridge consists source, balanced detector, and the four arms. The arms of the bridge consist the impedance. The AC bridge is constructed by replacing the battery with the ac source. The bridges are formed by replacing the DC battery with the AC source and galvanometer with the Wheatstone bridge. The bridge is used for detecting the inductance, capacitance, storage factor, dissipation factor etc. 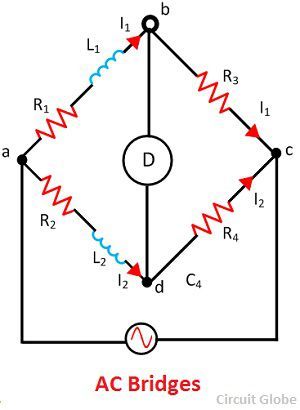 The DC Bridge is used for measuring the unknown electrical resistance. This can be done by balancing the two legs of the bridge circuit. The value of one of the arm is known while the other of them is unknown.