The classification of the transmission lines depends on its voltage and the length of the conductor. The transmission line is the medium of transferring the power from the generating station to the load centre. It is mainly classified into two types. They are the 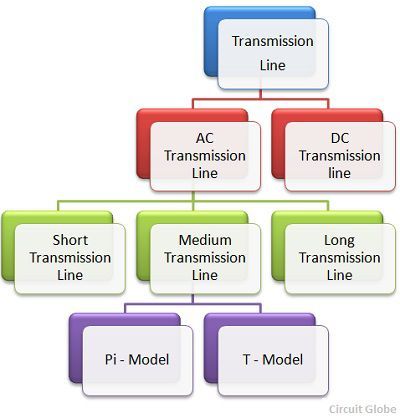 In nominal Pi model, it is assumed that the half of the capacitance concentrate at the each end of the line.

In T model, it is assumed that the capacitance is concentrated at the centre of the line.

The line having a length more than 240 km is considered a long transmission line. All the four parameters (resistance, inductance, capacitance, and leakage conductance) are found to be equally distributed along the entire length of the line.

The converter station converts the AC to DC at the sending end and DC to AC at the load end of the line. One of the major advantage of the DC system is that it allows the power transmission between two unsynchronised AC system.

3 thoughts on “Classification of Transmission Lines”