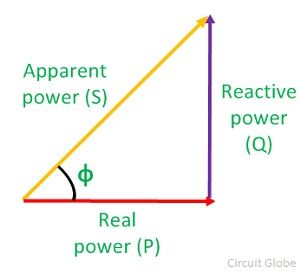 For sinusoidal waveforms, the power factor is the cosine of the angle (phase angle) between voltage and current.

Since both the capital and running cost are increased, the operation of the system at low power factor (whether it is lagging or leading) is uneconomical from the supplier’s point of view.