Consider an inductive load consisting of a resistor R and an inductor L connected to an AC supply. The circuit and phasor diagrams are shown in the figure. 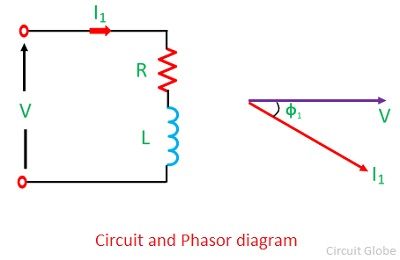 V – supply voltage.
I1 –  load current
φ1 – phase angle by which the current I1 lags behind the voltage
cosφ1 – original power factor

Let the capacitor C be placed in parallel with the load. It will take a leading current  Ic  from the supply. The circuit and phasor diagrams are shown in the figure. 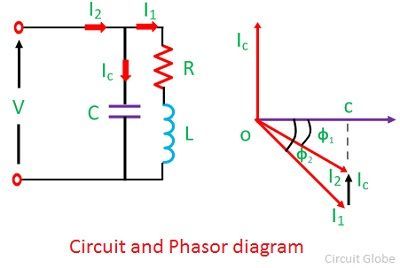 This relation shows that the power taken from the supply has not altered.