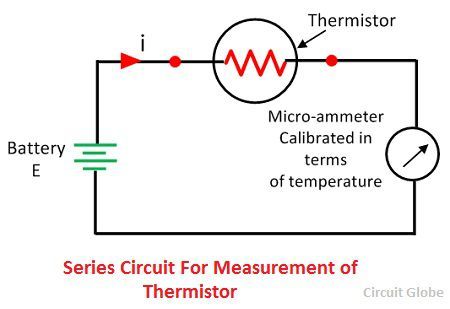 The simple temperature circuit is shown in the figure below. The circuit uses a 4kΩ resistor connected in series with the AC excited bridge. The unbalance voltage applied to an amplifier, and the output of the amplifier excites the relay. The relay controls the circuit current and generates heat. These circuits are controlled with an accuracy of 0.00005ºC. 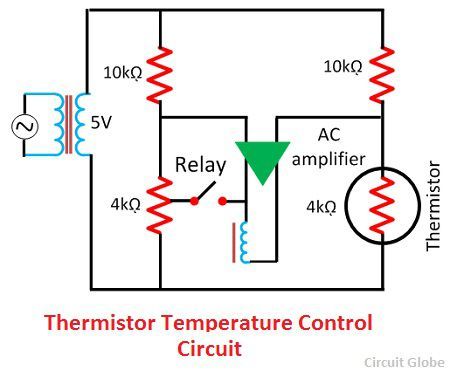 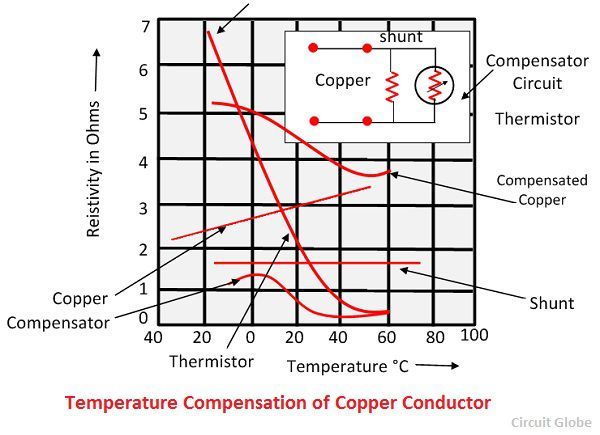 The thermistor has various other applications.