The percentage differential system consists of a restraining coil connected in the pilot wire as shown in the figure below and the current induced in both the CTs flows through it. The operating coil places between the midpoint of the restraining coil. 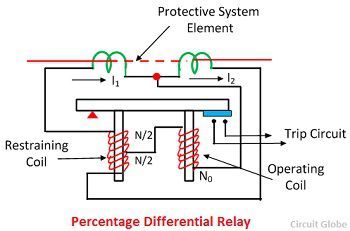 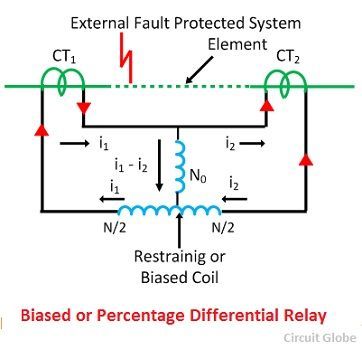 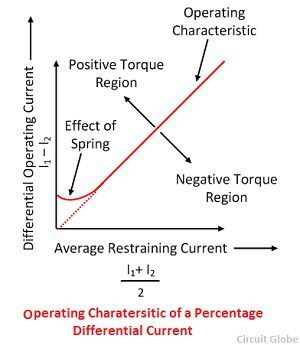 The percentage differential relay is mainly classified into two types. They are the

Such types of relays use for the protection of generators, transformer, feeders, transmission line, etc.

1. Three Terminal System Application – This relay can be applied to the element having more than two terminals. Each of the three terminals has the same number of turns, and each of these coils develops a torque which is independent of each other. Their torques are added arithmetically. 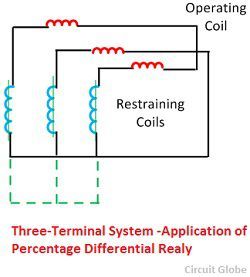 The percentage slope characteristic of the relay will change with the distribution of the current between the restraining coils. These relays are instantaneous or high speed.

2. Induction Type Biased Differential Relay – This relay consists pivoted disc, which moves in the air gaps of two electromagnets. The portion of each pole is fitted with a copper ring. This ring can further move from, into or out of the pole. 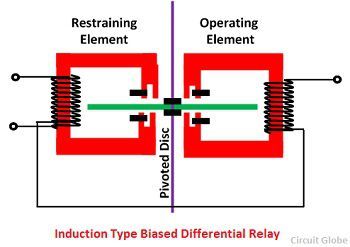