A mho Relay is a high-speed relay and is also known as the admittance relay. In this relay operating torque is obtained by the volt-amperes element and the controlling element is developed due to the voltage element. It means a mho relay is a voltage controlled directional relay. 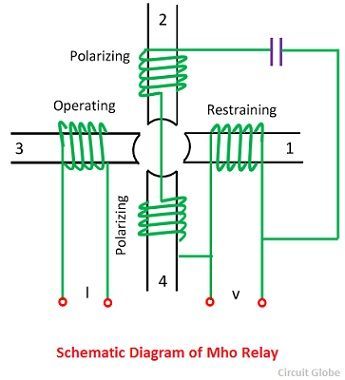 If the spring controlling effect is indicated by –K3, the torque equation becomes,

Where Θ and τ are defined as positive when I lag behind V. At balance point, the net torque is zero, and hence the equation becomes

If the spring controlled effect is neglected i.e., k3 = 0. 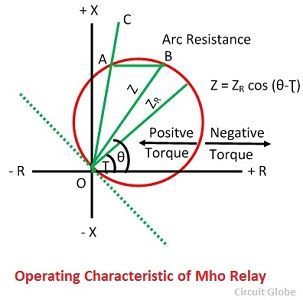 The relay operates when the impedance seen by the relay within the circle. The operating characteristic showed that circle passes through the origin, which makes the relay naturally directional. The relay because of its naturally directional characteristic requires only one pair of contacts which makes it fast tripping for fault clearance and reduces the VA burdens on the current transformer.

The impedance angle of the protected line is normally 60º and 70º which is shown by line OC in the figure. The arc resistance R is represented by the length AB, which is horizontal to OC from the extremity of the chord Z. By making the τ equal to, or little less lagging than Θ, the circle is made to fit around the faulty area so that the relay is insensitive to power swings and therefore particularly applicable to the protection of long or heavily loaded lines. 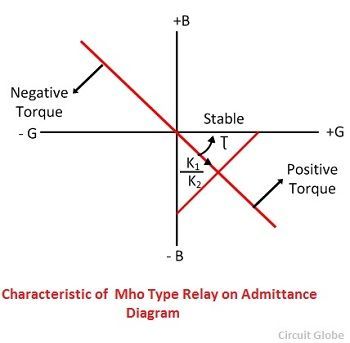