Reactance relay is an overcurrent relay with directional limitation. The directional element is arranged to develop maximum negative torque when its current lag behinds its voltage by 90°. The induction cup or double induction loop structures are best suited for actuating reactance type distance relays. 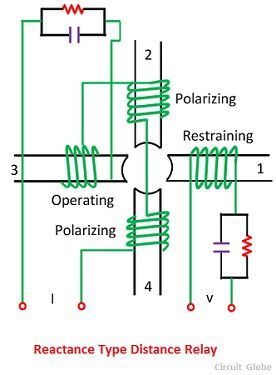 where Θ, is defined as positive when I lag behind V. At the balance point net torque is zero, and hence 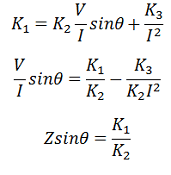 The spring control effect is neglected in the above equation, i.e., K3 = 0. 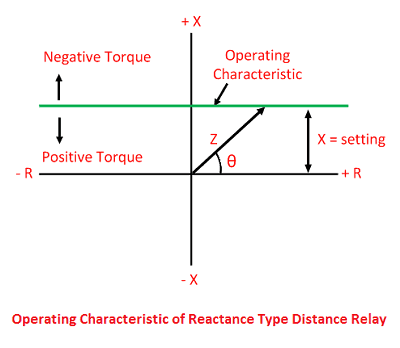 If the value of τ, in the general torque equation, expressed below is made any other 90º, a straight line characteristic will still be obtained, but it will not be parallel to R-axis. Such a relay is called an angle impedance relay.

This type of relay is not capable of selecting whether the fault has taken place in the section where the relay is located, or it has taken place in the adjoining section when used on the transmission line. The directional unit used with the reactance relay will not be same as used with the impedance type relay because the restraining reactive volt-ampere, in that case, will be nearly equal to zero.

Therefore the reactance type distance relay needs a directional unit that is inoperative under load conditions. Reactance type relay is very suitable as a ground relay for ground fault because its reach is not affected by fault impedance.