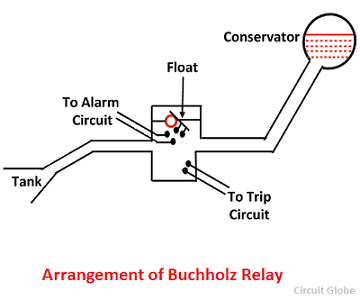 The fault induces the arc which increases the temperature of the gas. The oil becomes evaporated and moves upwards. The Buchholz relay detects the failure and gives the alarm to the personnel. The transformer is disconnected from the main supply for maintenance. 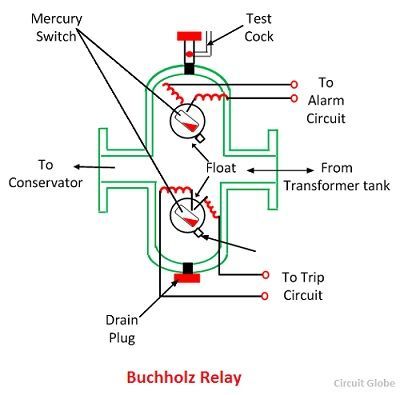 The mercury switch placed inside the metallic chamber becomes tripped, and the relay gives the alarm to the personnel. The supply of the transformer becomes close, and it is disconnected to the system for maintenance. The relay has test cock which is used for releasing the pressure of the chamber.

When the severe fault occurs inside the transformer, the lower mercury switch placed inside the metallic chamber becomes slightly tilted because of which the tripping circuit becomes closed. Thus, the transformer is disconnected from the main circuit.

The following are the disadvantages of Buchholz relay.

The minimum operating time of the relay is 0.1 seconds.