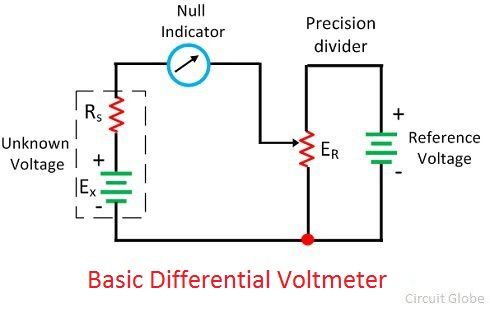 The differential voltmeter is of two types.

The rectifying AC voltage compares with the standard DC voltage and the meter shows the null deflection when their magnitudes become equals. Thus, the value of unknown voltage is determined. 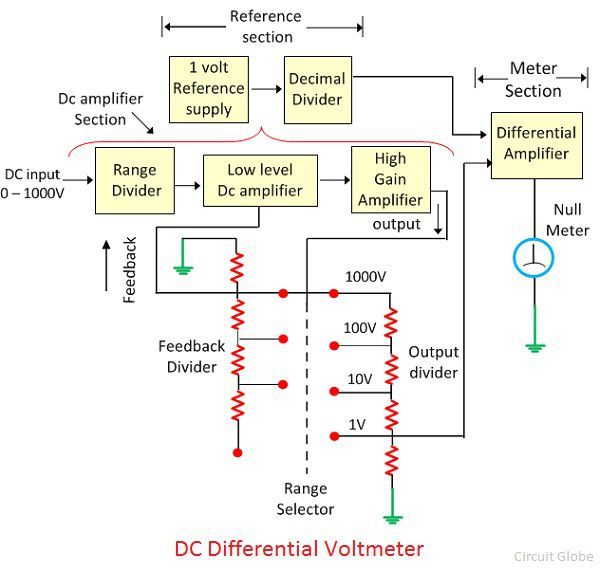 The meter measures the difference between the feedback voltage and the reference voltage. If the magnitude of both the unknown and reference voltages becomes zero, then the null meter shows the null deflection.