The transformer is one of the major equipment in power system. It is a static device, totally enclosed and usually oil immersed, and therefore the fault occurs on them are usually rare. But the effect of even a rare fault may be very serious for a power transformer. Hence the protection of power transformer against possible fault is very important.

Connection for Differential Protection for Transformer 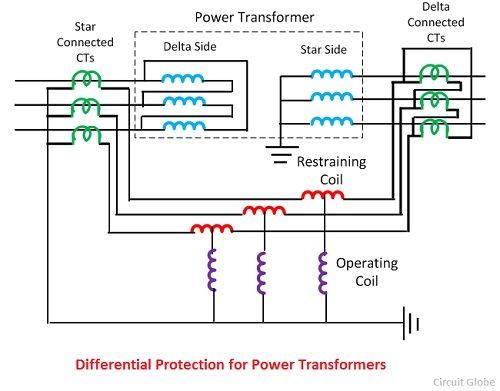 To overcome this problem the kick fuse is placed across the relay coil. These fuses are of the time-limit type with an inverse characteristic and do not operate in short duration of the switch in the surge. When the fault occurs the fuses blow out and the fault current flows through the relay coils and operate the protection system. This problem can also be overcome by using a relay with an inverse and definite minimum type characteristic instead of an instantaneous type.

6 thoughts on “Differential Protection of a Transformer”