Definition: The Linear Variable Inductive Transformer converts the linear displacement into an electrical signal. It works on the principle of mutual induction, i.e., the flux of the primary winding is induced to the secondary winding. The output of the transformer is obtained because of the difference of the secondary voltages, and hence it is called a differential transformer. 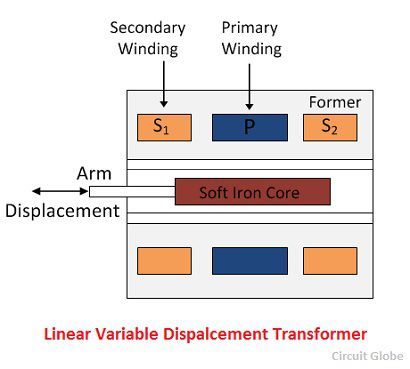 The whole of the arrangement is placed inside the stainless steel housing, and their ends provide the electrostatic and electromagnetic shielding. The frequency of the alternating current applied to the primary winding lies between 50 to 20 kHz.

The LVDT works on mutual induction principle. The current is applied to the primary winding which produces the magnetic field, and this field induces the current in the secondary windings. 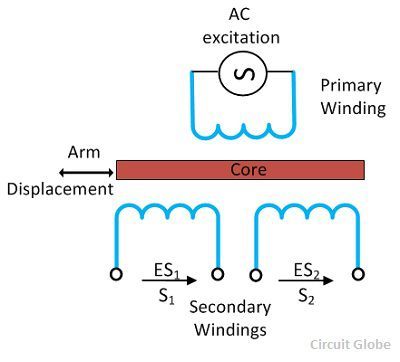 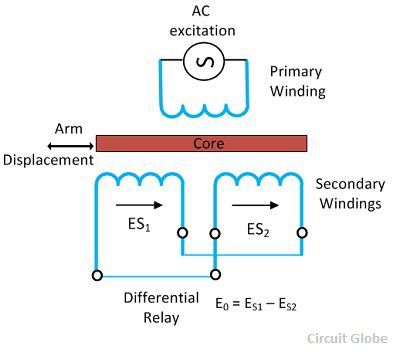 The output voltage of the secondary winding is equal when the core is in the normal position. 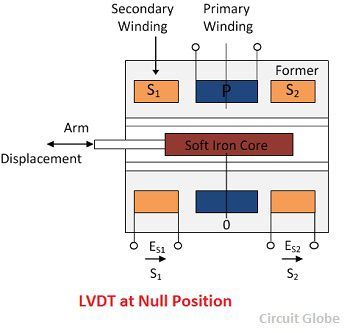 When the soft core moved towards left the flux linked in S1 is more as compared to S2. The output voltage of the winding S1 is more than the S2 but it is in phase with the primary voltage. 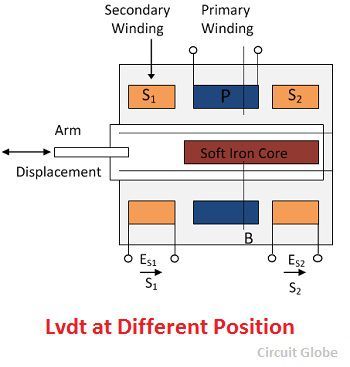 Similarly, when the soft iron core move towards right the magnitude of the flux linked S2 is more than S1. The output voltage is -180ºC out of phase with the primary winding. 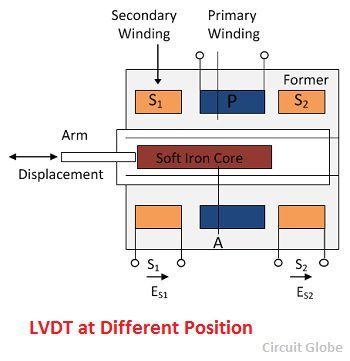 The change in output voltage is directly proportional to the displacement of the core. Any displacement will increase the flux of one of the secondary winding and on the other hand, reduces the other. 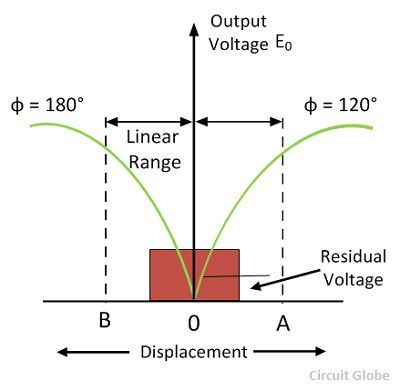 The curve between the output voltage and displacement is shown in the figure above. The curve is linear for small displacement and beyond this range, it starts to deviate from the straight line.

The following are the advantages of the LVDT.

The disadvantages of the LVDT are shown below in details.

The following are the major applications of LVDTs.

The LVDTs are mostly used in servo mechanisms and other industrial applications.