Before providing the earthing to the equipment, it is essential to determine the resistance of that particular area from where the earthen pit can be dug. The earth should have low resistance so that the fault current easily passes to the earth. The resistance of the earth is determined by the help of earth tester instrument. 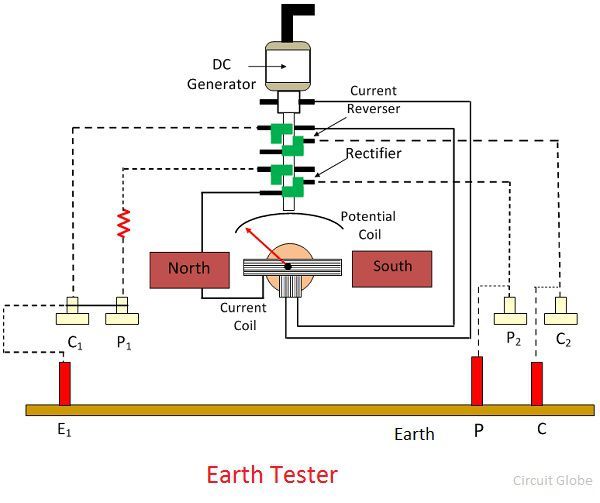 The tester has two commutators place along with the current reverser and rectifier. The each commutator consist four fixed brushes. The commutator is a device used for converting the direction of flows of current. It is connected in series with the armature of the generator. And the brushes are used for transferring the power from the stationary parts to the moving parts of the devices.

The arrangement of the brushes can be done in such a way that they are alternately connected with one of the segments even after the rotation of the commutator. The brushes and the commutators are always connected to each other.

The short-circuit current passes through the equipment to the earth is alternating in nature. Thus, we can say that the alternating current flows in the soil. This alternative current reduces the unwanted effect of the soil, which occurs because of chemical action or because of the production of back emf.