The resistance of the earthing electrode is not concentrated at one point, but it is distributed over the soil around the electrode. Mathematically, the earth resistance is given as the ratio of the voltage and the current shown below.

Where V is a measured voltage between the voltage spike and I is the injected current during the earth resistance measurement through the electrode. 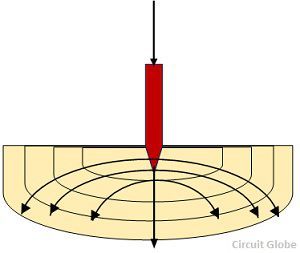 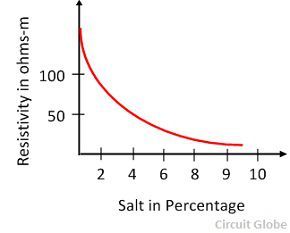 The resistance of the earth varies from layer to layer. The lower layer of soil has more moisture and lower resistivity. If the lower layer contains hard and rocky soil, then their resistivity increases with depth.