Earth fault is the unintended fault between the live conductor and the earth. It also occurs, because of the insulation breakdown. When the fault occurs, the short-circuit currents flow through the system, and this current is returned through the earth or any electrical equipment. This fault current damaged the equipment of the power system and also interrupted the continuity of the supply. 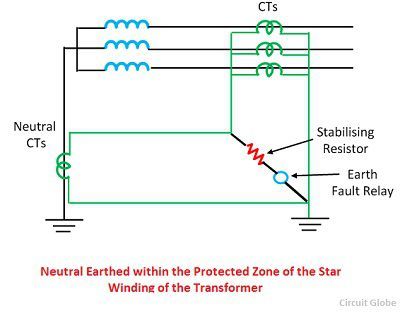 The star connected side is protected by a restricted earth fault protection shown in the figure below. 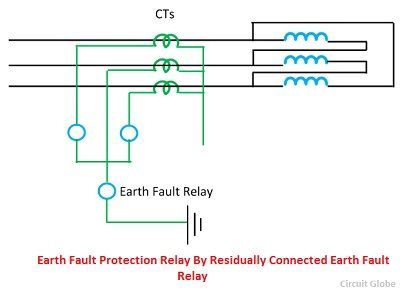 Let F1 be the external fault occurs in the network. This fault induces the I1 and I2 current which flows in the secondary of the CTs. The resultant current of the I1 and I2 becomes zero. When the fault occurs inside the protective zone say F2, then only current I2 exist, and I1 is neglected. The current I2 passes through the earth fault relay. The earth fault relay operates only for the internal fault of the protective zone.

The stabilising current is connected in series with the relay for avoiding the magnetising inrush current.