The photodiode is a type of semiconductor diode which converts the light into the electric current. This type of diode is also called photo-detector or light sensor. It works on both the reversed and forward biasing. The small leakage current flows in the reversed direction, even when no light incident on it. The current constitutes in the diode are directly proportional to the intensity of light absorb it. 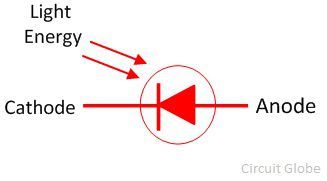 The working of the photodiode depends on the intensity of light strike on it. The light incident on the diode reduces the width of their depletion region, and hence the electrons and hole starts moving across the region. The electron moves towards the cathode, and the hole moves toward the anode. Because of this movement’s current is induced in it. 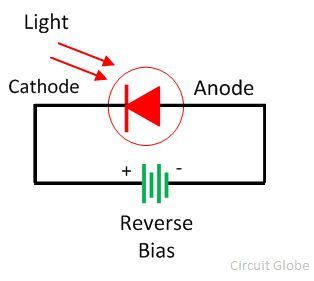 The circuit symbol of the photo-transistor is shown in the figure below. The arrow shows the light energy incident on their base surface. 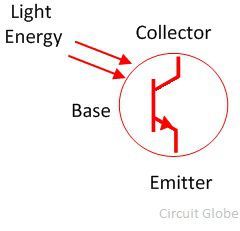 The photo-transistor is enclosed inside the opaque container so that the light particles or photons are easily reached on their surface. The collector region of the phototransistor is large as compared to the ordinary transistor because it is made up of heavy diffuse semiconductor material.

When the base of the phototransistor absorbs light, they release the electron-hole pairs. Because of this hole pair, the depletion layer of the diode decreases and electron starts moving from the emitter to the collector region. For the small amount of light energy, the transistor amplifies the large collector current. 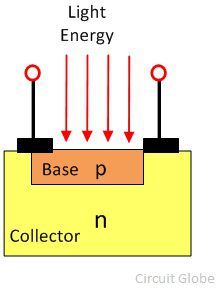 Key Differences Between Photodiode and Phototransistor