The name Stepper Motor itself shows that the rotor movement is in the form of various steps or discrete steps. It is also known as Stepping Motor. The number of pulses fed into the controller circuit determines the angular rotation of the motor. Each input pulse produces one step of the angular movement. The drive is considered as an analog to digital converter.

It has an inbuilt logic, which causes appropriate windings to be energized and de-energized by the solid-state switches in the required sequence. 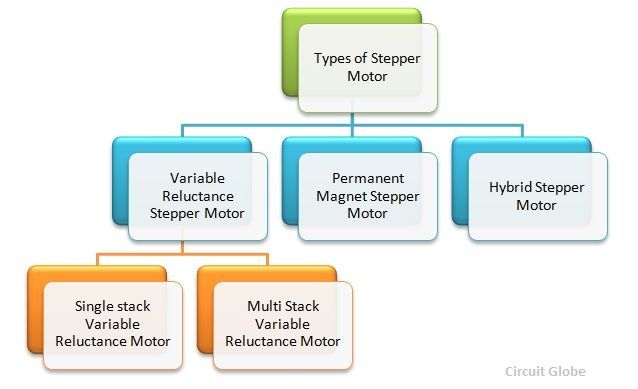 There are three types of stepping motors based on the rotor arrangements. They are as follows:

Definition: Step angle is defined as the angle at which the rotor of a stepper motor moves when one pulse is applied to the input of the stator.

The number of phases can vary from two to six. Small steps angle can be obtained by using slotted pole pieces.

The various benefits of the Stepping Motor are as follows:

The various disadvantages of the stepping motor are as follows:

This is all about Stepper Motor.