The Torque Pulse Rate Characteristics of a Stepper Motor give the variation of an electromagnetic torque as a function of stepping rate in pulse per second (PPS). There are two characteristic curves 1 and 2 shown in the figure below. Curve one is denoted by a blue color line is known as the Pull-in torque. It shows the maximum stepping rate for the various values of the load torque at which the motor can start, synchronize, stop or reverse. 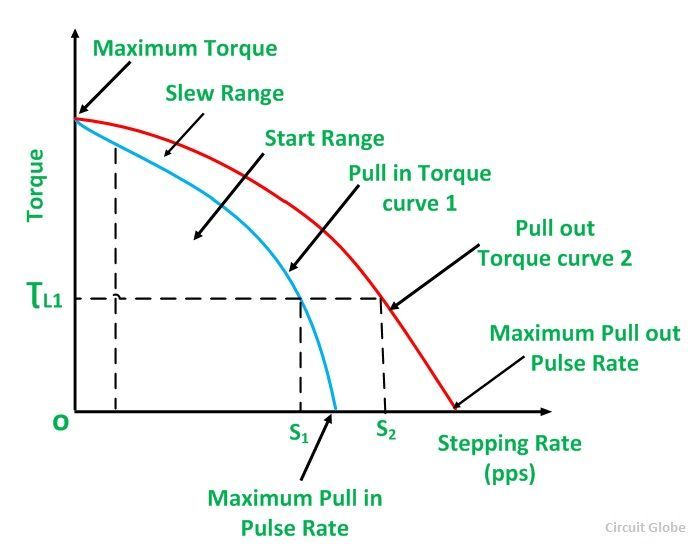 Similarly, curve 2 represented by Red color line is known as pullout torque characteristics. It shows the maximum stepping rate of the motor where it can run for the various values of load torque. But it cannot start, stop or reverse at this rate.

Let us understand this with the help of an example, considering the above curve.

If the stepping rate is increased beyond S2, the motor will lose synchronism. Thus, the area between curves 1 and 2 represents the various torque values, the range of stepping rate, which the motors follow without losing the synchronism when it has already been started and synchronized. This is known as Slew Range. The motor is said to operate in slewing mode.

1 thought on “Characteristics of a Stepper Motor”