Definition: The LED is a PN-junction diode which emits light when an electric current passes through it in the forward direction. In the LED, the recombination of charge carrier takes place. The electron from the N-side and the hole from the P-side are combined and gives the energy in the form of heat and light. The LED is made of semiconductor material which is colourless, and the light is radiated through the junction of the diode.

The LEDs are extensively used in segmental and dot matrix displays of numeric and alphanumeric character. The several LEDs are used for making the single line segment while for making the decimal point single LED is used.

The recombination of the charge carrier occurs in the P-type material, and hence P-material is the surface of the LED. For the maximum emission of light, the anode is deposited at the edge of the P-type material. The cathode is made of gold film, and it is usually placed at the bottom of the N-region. This gold layer of cathode helps in reflecting the light to the surface. 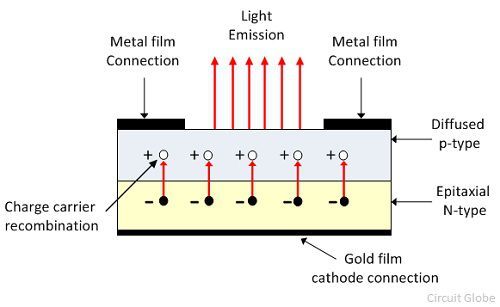 The gallium arsenide phosphide is used for the manufacturing of LED which emits red or yellow light for emission. The LED are also available in green, yellow amber and red in colour. 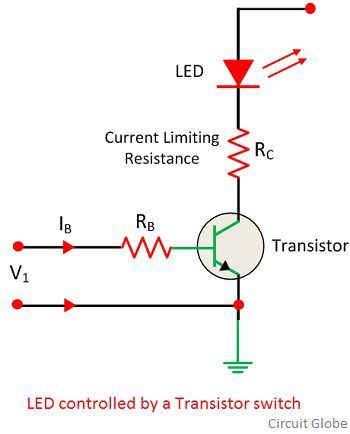 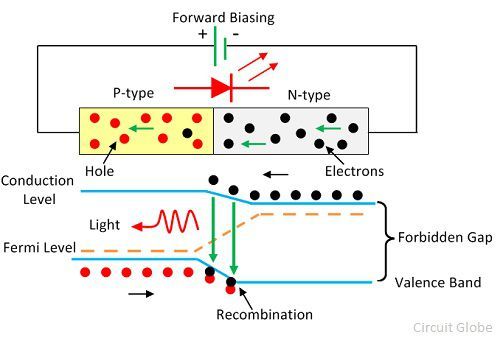 The LED is connected in the forward biased, which allows the current to flows in the forward direction. The flow of current is because of the movement of electrons in the opposite direction. The recombination shows that the electrons move from the conduction band to valence band and they emits electromagnetic energy in the form of photons. The energy of photons is equal to the gap between the valence and the conduction band.

Advantages of LED in electronic displays

The followings are the major advantages of the LED in an electronics displays.

The LED consume more power as compared to LCD, and their cost is high. Also, it is not used for making the large display.