The potentiometer works on the principle of the comparison method. It compares the unknown voltage sources by the standard voltage source. When their voltages are equal, the galvanometer shows the null deflection. The voltmeter is connected in parallel with the circuit whose voltage is to be measured. 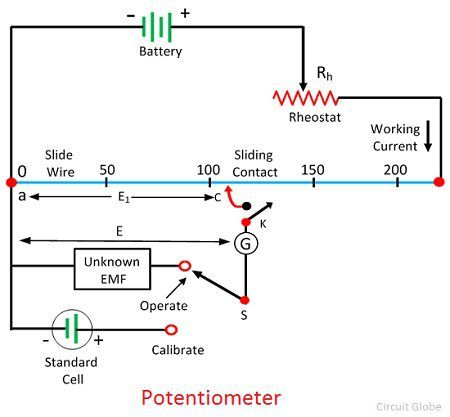 The voltmeter measures the voltages between any two points of an electrical circuit. The voltmeter has high internal resistance because of which the meter draws small current.

The working of the voltmeter depends on the high internal resistance. The voltmeter is of two types, i.e., the analogue or digital voltmeter. It is always connected in parallel with the circuit. 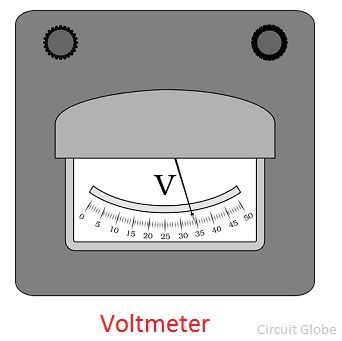 The current through the measurand source passes through the high resistance circuit of the meter. In analogue voltmeter, the value of the unknown voltage is known by the product of the resistance, and the current flows through the circuit.

Key Differences Between Potentiometer and Voltmeter

The following are the key differences between potentiometer and voltmeter.

1 thought on “Difference Between Potentiometer & Voltmeter”