Definition: A current transformer is a device that is used for the transformation of current from a higher value into a proportionate current to a lower value. It transforms the high voltage current into the low voltage current due to which the heavy current flows through the transmission lines is safely monitored by the ammeter. 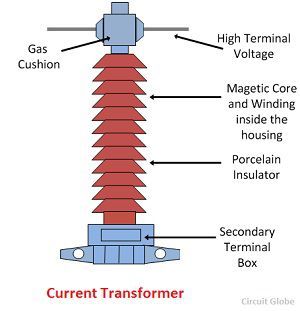 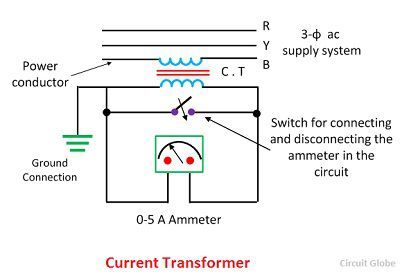 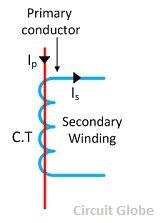 Burden on a Load

The burden of a current transformer is the value of the load connected across the secondary transformer. It is expressed as the output in volt-amperes (VA). The rated burden is the value of the burden on the nameplate of the CT. The rated burden is the product of the voltage and current on the secondary when the  CT supplies the instrument or relay with its maximum rated value of current.

Effect of Open Secondary Windings of a CT

Due to the absence of the counter ampere turns of the secondary, the unopposed primary MMF will set up an abnormally high flux in the core. This flux will produce core loss with subsequent heating, and a high voltage will be induced across the secondary terminal.

This voltage caused the breakdown of the insulation and also the loss of accuracy in the future may occur because the excessive MMF leaves the residual magnetism in the core. Thus, the secondary of the CT may never be open when the primary is carrying the current.

The phasor diagram of the current transformer is shown in the figure below. The main flux is taken as a reference. The primary and secondary induced voltages are lagging behind the main flux by 90º. The magnitude of the primary and secondary voltages depends on the number of turns on the windings. The excitation current induces by the components of magnetising and working current. 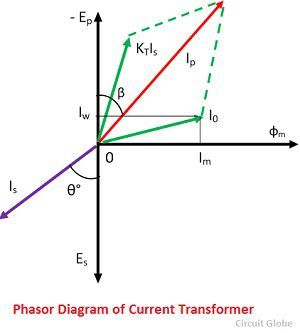 The current transformer has two errors – ratio error and a phase angle error.

Where Ip is the primary current. Kt is the turn ratio and is the secondary current. 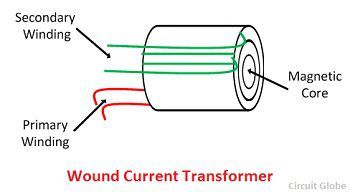 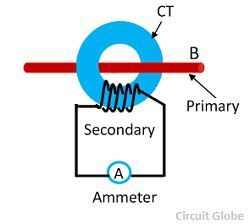 3.Toroidal Current Transformer – This transformer does not contain primary windings. The line through which the current flow in the network is attached through a hole or a window of the transformers. The major advantage of this transformer is that the transformer has a symmetrical shape due to which it has a low leakage flux, thus less electromagnetic interference.